Drew Brees Donates $5 Million To The State Of Louisiana 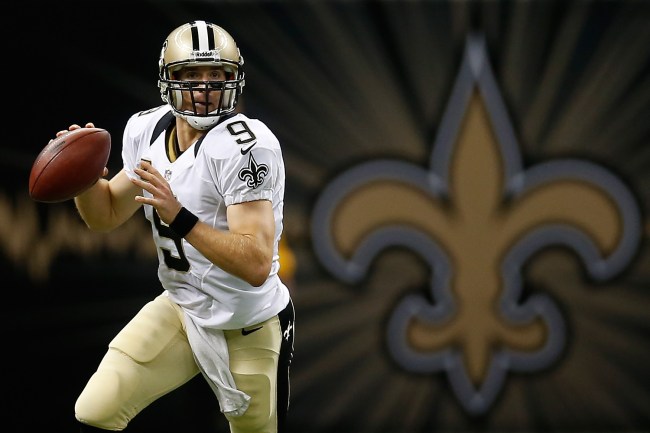 As Louisiana continues to become one of the nation’s hotspots of our current predicament, Drew Brees has announced that he and his wife Brittany are donating $5 million to the state.

Brittany and I are committing $5,000,000 to the State of Louisiana in 2020. The priority now is helping our communities get through this tough time.

After considerable research and conversations with local organizations, we will be mobilizing our partnerships with Second Harvest Food Bank, Ochsner Health Systems, Walk-Ons, Jimmy Johns, Smalls Sliders and Waitr to prepare and deliver over 10,000 meals per day throughout Louisiana for as long as it takes to children on meal programs, seniors, and families in need.

Let’s all do our part, maintain hope, and get through this together. [via Instagram]

Brittany and I are committing $5,000,000 to the State of Louisiana in 2020. The priority now is helping our communities get through this tough time.
After considerable research and conversations with local… https://t.co/Qmxzxses6X

According to Business Insider, Brees — who has been playing professional football in the National Football League since 2001 — has estimated career earnings of $245 million. Don’t take that as me shitting on Brees’ contribution, I’m not one of those assholes, I’m simply just presenting the facts. Could he have donated more? Probably. But $5 million is still a fat donation. More than most celebrities have done.

Brees, 41-years-old,  considered retiring this offseason and even reportedly told teammates at this year’s Pro Bowl that he was planning on doing so. However, he instead changed his mind and signed a 2-year, $50 million deal with the New Orleans Saints to make another couple of run at a second Super Bowl title.

In an effort to give Brees all the weapons he needs, the Saints signed wide receiver Emmanuel Sanders to a 2-year, $16 million contract to give the offense a deadly one-two punch with Michael Thomas.

Eric is a New York City-based writer who still isn’t quite sure how he’s allowed to have this much fun for a living and will tell anyone who listens that Gotham City is canonically in New Jersey. Follow him on Twitter @eric_ital for movie and soccer takes or contact him eric@brobible.comd