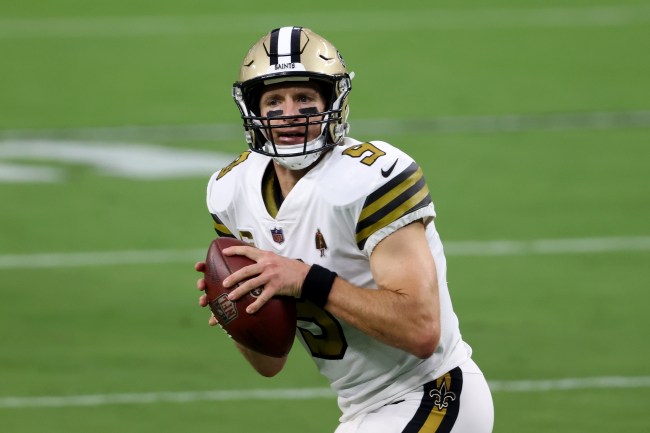 The New Orleans Saints lost their Monday Night matchup against the Raiders and NFL fans are convinced that Drew Brees’ best days are behind him.

All night long Brees struggled to throw the ball down the field opting for checkdown passes under 10 yards.

Unfortunately for the Saints, Brees wasn’t very accurate when he threw anything over 5 yards.

Saints have some issues. Penalties are killing them. They miss Michael Thomas and those automatic catches. And Drew Brees is missing throws. You rarely see him with an off target ball but he’s had several tonight and I’m not sure why.

I dk if its a by product of the offseason, but Brees' accuracy seems to have taken a significant hit

Normally he has a near super human ability to place the ball into the tightest of windows, he's struggling to hit throws that he traditionally could make with his eyes closed

After the game, Brees and his “noodle arm” were instantly roasted by NFL fans.

Drew Brees after he throws a ball more than 10 yards #saints pic.twitter.com/Djx0xeXTXQ

Drew Brees being asked to throw it downfield…. pic.twitter.com/tz0yB3CEbp

Drew Bree aint even looking past 5 yards within the field, that arm is burning.

Drew Brees is throwing the ball like someone who was heading to the broadcast booth, heard Tom Brady might take his job, got an immense flood of FOMO and decided to run it back one more time.

Sean Payton: "Drew, we are going to need you to throw a pass longer than five yards"

2020 season Drew Brees and 2015 season Peyton Manning when they see each other at the QB club this week pic.twitter.com/JIbgMDGxGj

When Drew Brees throws 17 checkdown passes in a row… pic.twitter.com/JbyT1m0qTc

Brees didn't even throw past 10 yards in his final drive, that arm is COOKED. pic.twitter.com/9xh4oUYHZx