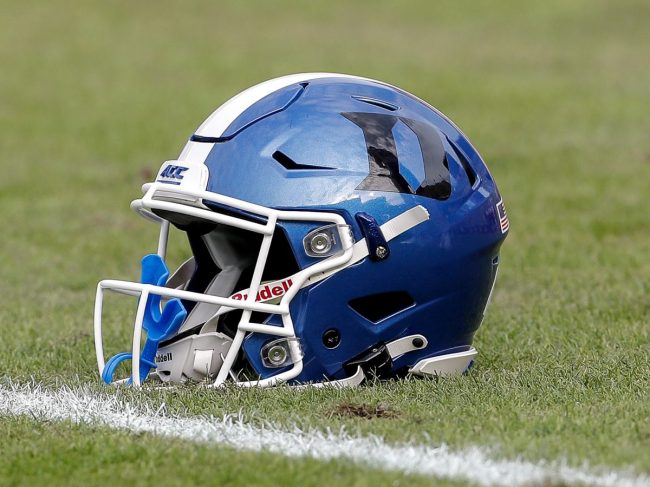 Offensive lineman Chance Lytle has a unique talent. Over the weekend, the Duke transfer shocked his new teammates with an awesome opera singing performance.

Here’s a bit of background on Lytle.

He’s a 6-foot-7 monster, tipping the scales at just under 330 pounds according to the Duke athletic website. He played four seasons with the Colorado Buffaloes before making the move to the ACC. He saw action in 30 games as a reserve while landing four starts.

But it’s that Music & Voice Performance degree that has folks talking, and many are just now learning of the big man’s talents as an opera singer.

Lytle was caught performing in front of teammates in a video that’s now gone viral on social media. The clip is garnering a lot of reaction from the college football world.

Members of the Duke football team were blown away by Lytle’s opera talents, and most appeared shocked to be hearing the lineman’s voice for the first time.

The clip has gained steam on social media with many comparing it to a classic Will Ferrell scene from the movie Step Brothers.

Take a look at some of the other response below.

You never know when a 6-foot-7, 329-pound offensive lineman turns out to be an incredible opera singer 🏈🎼😮 https://t.co/T081mKpizI

Lytle will play one more season of college football. After that, he might be utilizing that music degree.