Duke Lands Another Top 25 Basketball Recruit For Their 2023 Class 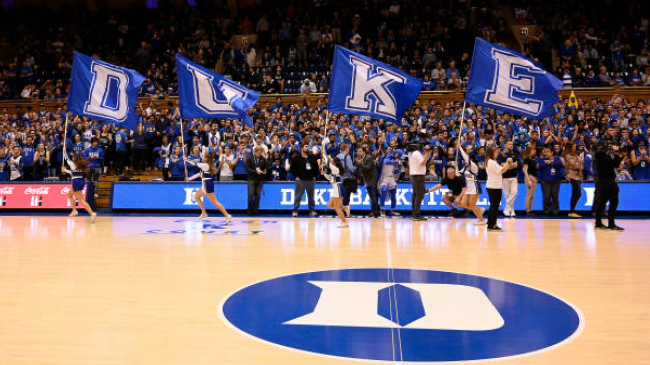 The Duke Blue Devils haven’t played a basketball game since the retirement of Coach K, but their new head coach, Jon Scheyer, is already proving he can be just as effective as his predecessor in one area.

That area is recruiting and Duke hasn’t missed a beat on that front since Coach K’s retirement. Heading into today, the program had already gotten commitments from 4 players in the class of 2023, including 3 top-10 prospects, setting them up to have the best recruiting class in the nation.

Today, that recruiting class got even stronger. Top-25 recruit TJ Power revealed to Sports Illustrated that he would be joining Duke’s Class of 2023.

#BREAKING: Elite 2023 wing @TJPower14 has officially committed to @DukeMBB and @JonScheyer. Power broke down his thought process behind the big decision to join #TheBrotherhood in an exclusive blog with SI.

I grew up watching them and their players and idolizing some of them like Cam Reddish, Marvin Bagley III, Jayson Tatum and Gary Trent. Now, I’m able to step in and play there for a guy like Coach Scheyer, who I know really believes in me, and that’s so big for me

The recruit from Worcester Academy in Massachusetts will be joining a very crowded front court for the Blue Devils next season. Duke landed the top 2 centers in the 2022 class and the 3rd rated power forward.

In the 2023 class, Power is Duke’s 3rd power forward they’ve gotten a commitment from, with Mackenzie Mgbako and Sean Stewart being the top 2 players in the class at the position.

The Blue Devils just keep winning on the recruiting trail.