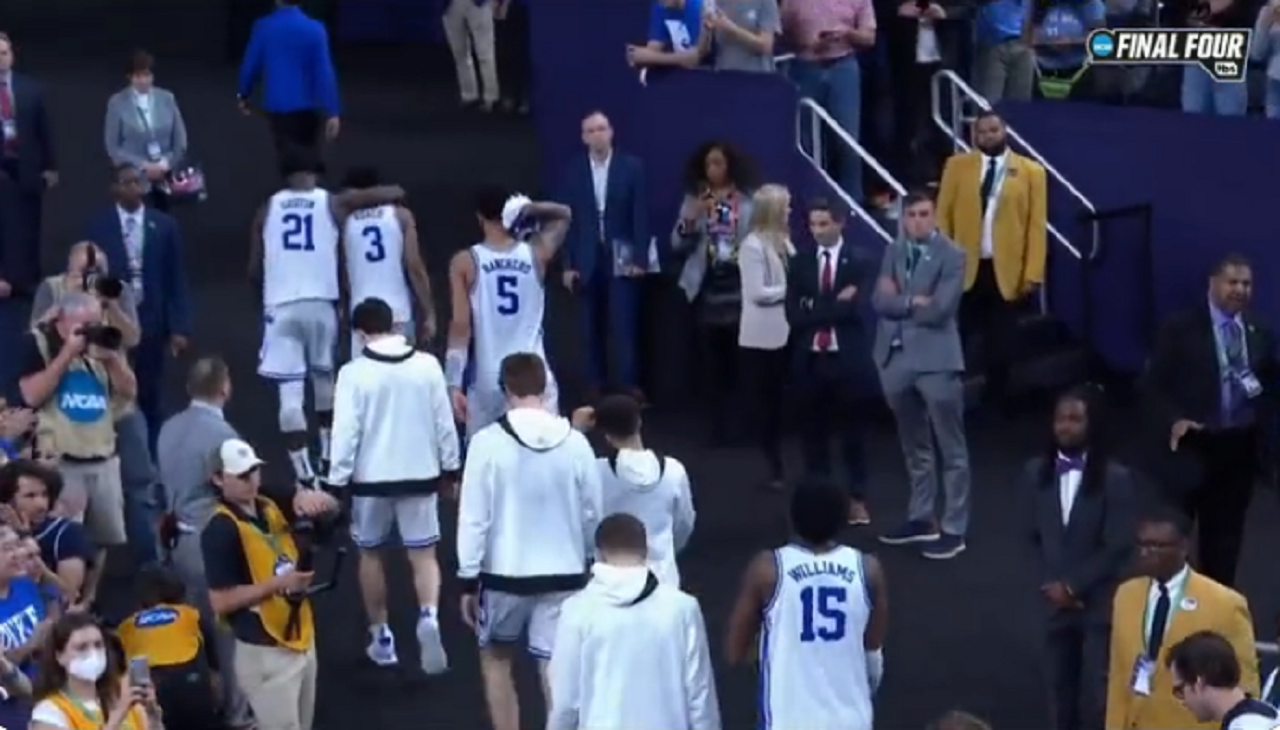 Duke players are facing criticism for how they handled their loss to North Carolina.

On Saturday night, Duke lost a close game to their longtime rivals after Caleb Love hit some insane clutch shots to put the Blue Devils away in what would be Coach K’s final game.

After the game, only one Duke player, Wendell Moore, stayed behind with Coach K to shake hands with UNC players.

I'm pretty sure @thewendellmoore was the only @DukeMBB player to shake hands afterward. That REALLY sticks with me. Speaks well of Moore, poorly of the program. How one handles defeat says SOOOO much more than how one handles victory. https://t.co/0bNoOdMenP

Most Duke players left the court without shaking hands. 😬 pic.twitter.com/2auN0aevlZ

Fans blasted the players for refusing to stay behind and shake hands after the loss.

SORE LOSERS JUST LIKE THE 🤡 WE JUST SENT TO RETIREMENT https://t.co/fNNOoMvOF4

Duke didn't shake hands with UNC? No surprise there, Coach K at least went out with consistency

BTW hilarious for Duke to not shake hands after the game. Get fucked. https://t.co/Xw81wHT6PQ