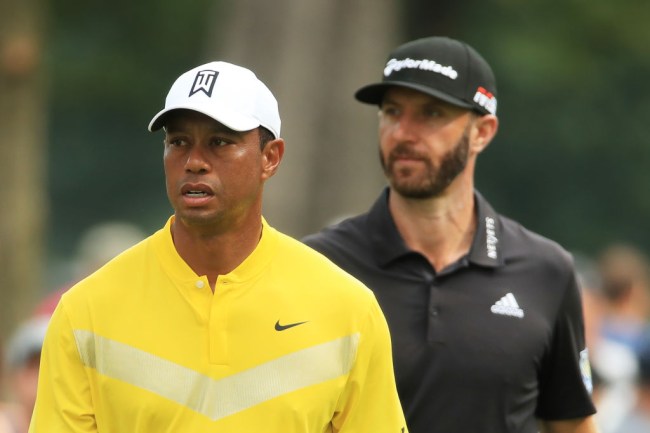 Dustin Johnson will not be representing the United States at this year’s summer Olympics in Tokyo, instead, he’ll be focused on the FedEx Cup Playoffs. He’s the first big name in the game to withdraw himself from taking part in the Summer Games.

“Dustin gave the Olympics a great deal of thought and we discussed the pros and cons of him participating at length,” according to Johnson’s agent, David Winkle, who explained the situation to Golfweek.

“At the end of the day, it’s a matter of personal preference and priority. As much as he would be honored to be an Olympian, the FedEx Cup Playoffs are also very important to him. Having had a few close calls in the Playoffs, he really wants to win them before his time is done and feels that he wouldn’t be giving himself the best opportunity to do so if he added lengthy international trip just before their beginning (and shortly after returning from two weeks in Europe).”

Johnson’s decision increases the chances of Tiger Woods qualifying for the Olympics.

The four highest-ranked American golfers will qualify for the U.S. team. If the Olympics began today, and with Johnson who’s ranked third in the world withdrawing his name, Brooks Koepka (third in the world), Justin Thomas (fourth), Patrick Cantlay (sixth) and Webb Simpson (eighth) would automatically qualify.

Patrick Reed is ranked ninth in the world, so Woods (eleventh) would have to leapfrog him as well to make the U.S. squad, but the news of Johnson dropping out certainly helps the big cat’s chances. Woods has been vocal about wanting to make the Olympic team.

The start of the golf event at the Olympics begins 11 days after the conclusion of The Open with players teeing it up July 30 through August 2 at Kasumigaseki Golf Club in Saitama. The first FedEx Cup Playoff event begins on August 13 in Boston.

It will be interesting to see if any other big names in the game announce that they will forgo the Olympics. Johnson, along with the likes of Jordan Spieth, Rory McIlroy and Jason Day, skipped out on the 2016 Olympics in Brazil as well.

Related: Olympic Committee Member Speaks About The Possibility Of Canceling The Summer Olympics Over Coronavirus Fears