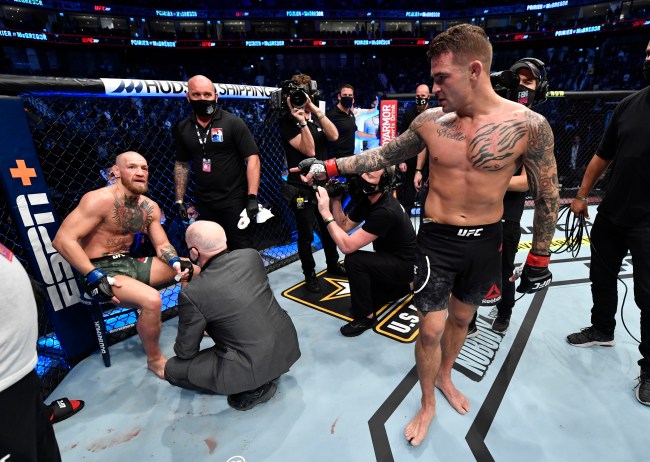 Conor McGregor seems to have flaked out on a donation promise he made to Dustin Poirier.

Prior to their fight at UFC 257, McGregor had promised to make a $500k donation to Poirer’s charity “The Good Fight Foundation. The money was meant to be used to build a gym in Poirier’s hometown of Lafayette, La. where he would offer free training to kids.

Conor McGregor says he is "about to return" against Dustin Poirier and reiterates his intention to donate to Poirier's charity, The Good Fight Foundation.

Reps from Dustin Poirier’s charity and Conor McGregor’s team both confirmed to me today that a $500,000 USD donation is in the process of being transferred from McGregor to Poirier’s @TheGoodFightFDN.

On Sunday night, Poirier revealed that McGregor and his team have not responded to his messages about the donation months after their fight.

We thanked him because his team reached out fight week to initiate the process but ghosted us the past 2 months after the fight. My foundation has reached out 3 times since with no reply. We've moved past it! We will be announcing our next goal soon! Its a big one🙏 https://t.co/mtiOFBsd2q