Dwyane Wade Makes Fun Of LeBron’s Hair During Their Workout, Then Gets Mocked By His Own Wife 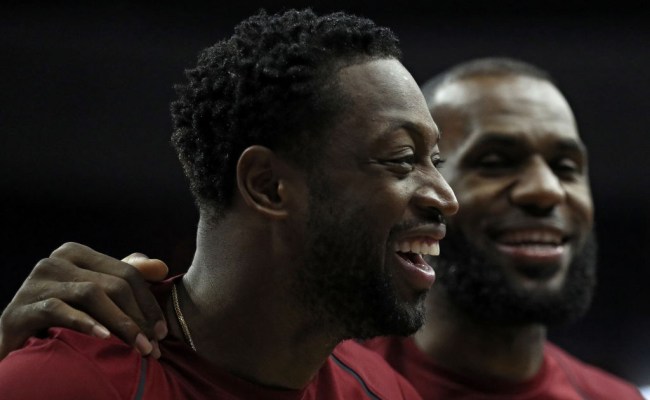 LeBron James’ hair issues have been one of the most comical topics in the NBA this offseason.

First, LeBron appeared to have finally gave up his longtime battle with his receding hairline by shaving his head.

That look, however, didn’t last long and the battle for LeBron’s hairline has since rolled on, much to the delight of his new teammate and old buddy Dwyane Wade.

Ha! Wade has absolutely no chill. Gotta also love that shot Wade took at LeBron for flexing his abs, but hang on, is that a bellybutton piercing Wade is sporting? Hmmm…

Unfortunately for Wade, later he was the butt of the joke (but at got a compliment on his hair) when his wife Gabrielle Union caught him drinking with his pinky out…

I don’t know if Wade and LeBron are going to win a championship in Cleveland, but the two of them getting back together has been a godsend when it comes to comical social media videos.