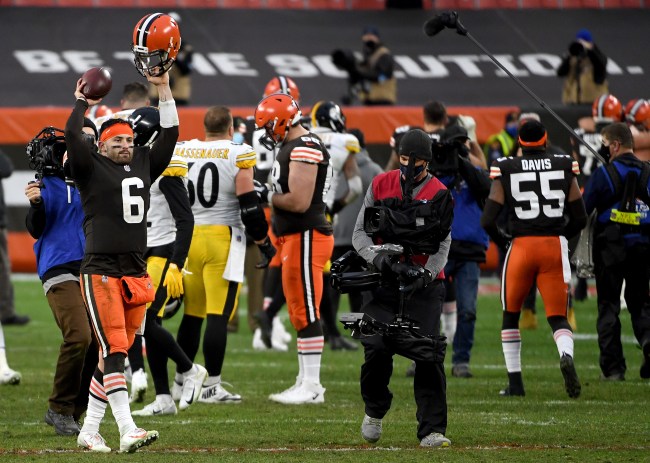 Browns fan Tom Seipel, who is currently battling kidney cancer and isn’t sure how much longer he has left to live, was inside FirstEnergy Stadium when the team sealed their first playoff berth in 18 years.

Back in early December, Seipel, who served as a missionary in Nicaragua before his cancer diagnosis, posted his story on Reddit.

While Mayfield and the Browns were heating up in early December, Seipel had received devastating news from his doctor.

“It’s moving really fast,” his doctor told him. “You probably only have a couple weeks left.”

On Dec. 21, Seipel went on the Browns’ subReddit and posted a picture of himself with the caption, “Hey guys! I just wanted to say thanks for all of the fun memories, I’ll keep rooting with Eric Turner and Otto Graham.”

Seipel has been battling kidney cancer since 2017. He is currently in hospice at his parents’ home in Savannah, Georgia

Hey, Tom, Baker Mayfield here. Was just reading up on your story. You’re extremely inspirational, man, you’re a warrior. Just want to say, keep fighting, appreciate your support and we’ll see what happens when we get into the playoffs. We’ll see if we can make those dreams come true, bud. We’ll be praying for you man, hang in there. Go Browns.

Seipel and his family then planned for him to attend the team’s final regular-season home game on Sunday and Emily Mayfield assisted by offering up her suite for the game.

One of their biggest concerns — Seipel sitting in the cold weather at FirstEnergy Stadium, was alleviated when Emily stepped up to the plate again. She offered up her suite.

“You don’t understand how much she kept in touch,” Seipel said. “She would literally send me a message every night, ‘How are you feeling today? You haven’t sent me your blog yet.” (Seipel was doing a daily hospice blog.) He mentioned to her he was a little concerned about the cold and rain after plans were made for him to go to the game.

“I can just get you up to the suite,” she told him.

After the Browns beat the Steelers to clinch their playoff berth Emily Mayfield met Tom at the suite and facetimed Baker to celebrate the big win. 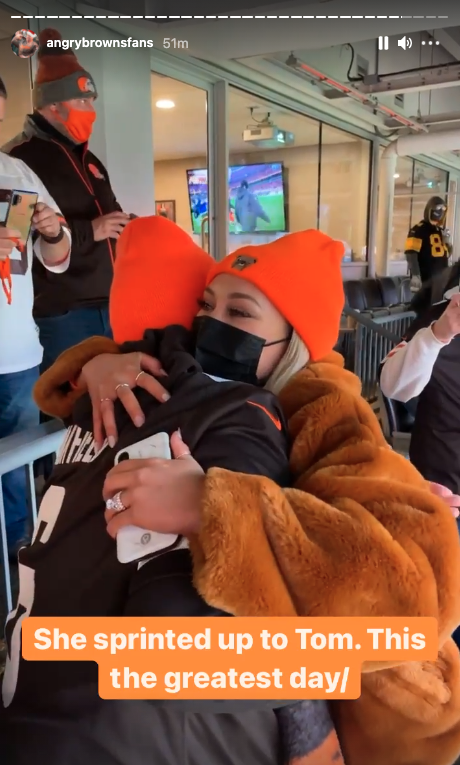