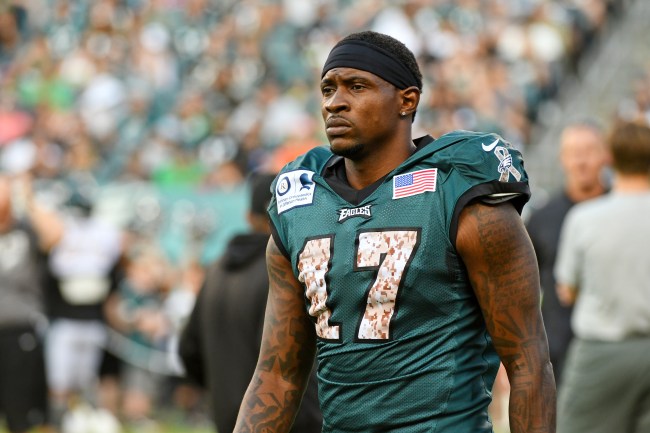 The Philadelphia Eagles got blown out by the Dallas Cowboys and are an absolute mess right now.

Last week, ESPN’s Josina Anderson reported that an “anonymous source” was critical of Carson Wentz when

Well, with the team being 3-3, obviously, an Eagles source also talked to me about how that offense is functioning.”

“One of the things that they said is: ‘We need to make bleep simpler. Sometimes you just need to handle what is manageable.’ They said: ‘Even Peyton Manning knew when to check it down.’”

Carson Wentz right now is 38% on passes that travel 15 air yards, has three interceptions on passes like that, which is tied for most in the league. He also has 148 passes on those that are 10 yards or fewer. Right now he has nine touchdowns and zero interceptions like that. So I do think it is an apt point.”

The player was also angry the Eagles didn’t trade for Jalen Ramsey.

#Eagles player to me on Jalen Ramsey going to the #Rams: "We dropped the ball. I don't even want to talk about that (!@#^). Everybody knew what it was going to take to get him. I could've told you that."

According to Howard Eskin of Philly Sports Radio WIP, Alshon Jeffrey was the “anonymous source who spoke to Josina Anderson and ripped Wentz.

(It was) Alshon Jeffery. Here’s why he’s foolish and stupid. He knows that she (Josina Anderson) is not out to have his back and the problem as a reporter I’ve seen her(Anderson) do this, she’ll bait a guy and then the guy will get trapped into saying things and he says them and it’s just foolish

This has been quite the turn of events… pic.twitter.com/SHseXEWQRs

Asked Alshon Jeffery 3 times if he was behind anonymous quotes to ESPN, based on speculation. His responses:
1. "There's a lot of people who know a lot of people … just like know you."
2. "It sounds like a story is being written. We're focused on the Cowboys."
3. "Nah."#Eagles

He has zero knowledge of who I spoke to. #Zero

Update #2 Eagles head coach Doug Pederson would not comment on if Jeffery was the source.

This is all kinds of uncomfortable…😬 pic.twitter.com/8vUtN891PR