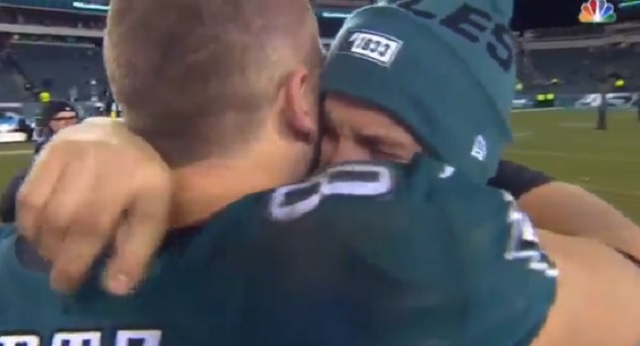 Early in Sunday’s Eagles-Seahawks game, 40-year-old veteran QB Josh McCown was forced to replace an injured Carson Wentz who left the game after getting hit in the head by Jadeveon Clowney.

Josh McCown is the 1st player in NFL history to make his postseason debut at 40 years old.

Despite giving it his all McCown was unable to lead the Eagles past the Seahawks and was extremely emotional after the game.

Really emotional scene outside Eagles locker room. Josh McCown, walking alone, stops on way in, squats and begins to cry. Zach Ertz and another teammate console him. He gave all he had.

McCown was still emotional while talking to the media during his postgame press conference.