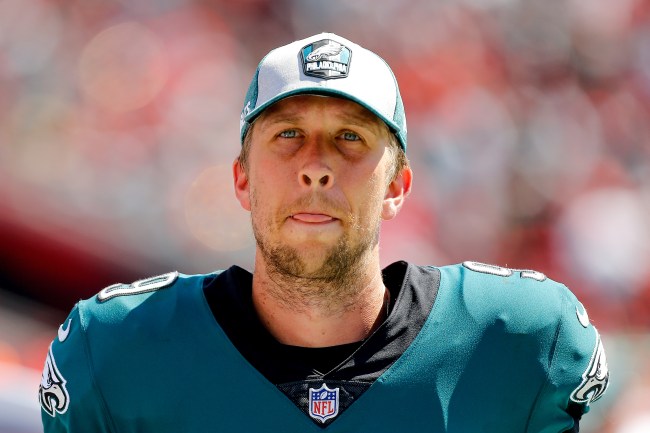 Foles is currently on his way out of Philadelphia and is reportedly going to sign with the Jacksonville Jaguars in the next week or so.

The Jaguars are expected to sign former Eagles QB Nick Foles to a multi-year deal, per @phillydotcom and @DanGrazianoESPN.

Teams are not allowed to talk deals with free agents until March 11, and no deals can be announced until the start of the new league year March 13. pic.twitter.com/1Xzdt4RUkU

This afternoon Lane Johnson hopped on Twitter to say farewell to Foles in the funniest way possible by referencing the mythological status of Nick’s big johnson.

Perhaps the greatest and realest sports tweet in the history of the NFL.#BDN #Eagles