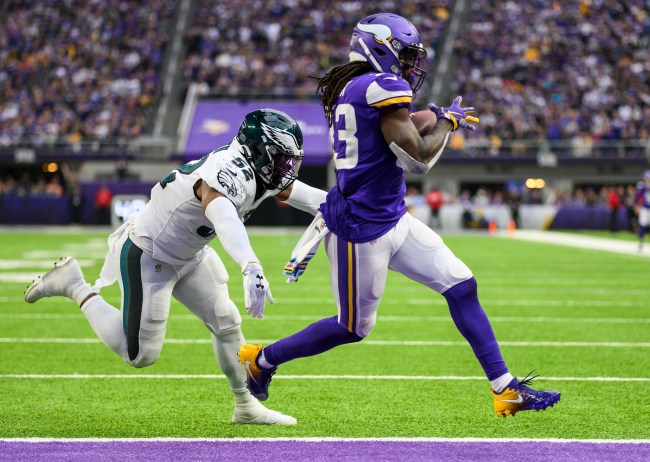 Before this weekend’s Eagles-Vikings game, linebacker Zach Brown spoke to the media and called Vikings QB Kirk Cousins “the weakest part” of their offense.

Cousins, I think every defense is going to want that guy to throw the ball,” Brown said after Friday’s practice. “For me, that’s probably the weakest part of their offense is him. Everything else is good. They’ve got a good running game, probably one of the best in the league. They have real good receivers. You just want them to pass the ball. You want Kirk Cousins to get it in his hands.

“I realized when I was in Washington, he was kind of careless with the ball. But at the same time, hey, you make the bed you sleep in,” Brown said.

Unfortunately for Brown, Cousins absolutely destroyed the Eagles defense and threw for 300 yards which included 4 touchdown passes. Brown then went on to refuse to talk about Kirk Cousins during his postgame media scrum.

Today. Brown was released by the Eagles and Vikings fans couldn’t help but mock him afterward.

Cousins threw for 333 yards and 4 TDs in a win against Philadelphia on Sunday.

Kirk Cousins made a guy get cut.

Eagles are releasing linebacker Zach Brown according to @adamschefter

Leading into Vikings game, he said Kirk Cousins was the weakest link on the Vikings 👀#Eagles pic.twitter.com/4UVpTuncV6