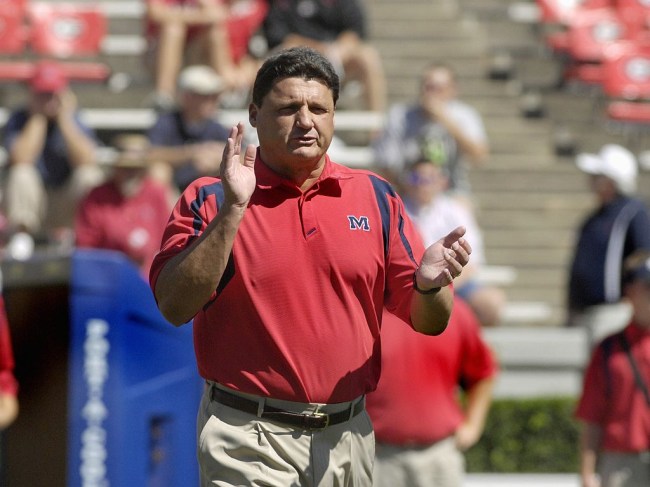 Ed Orgeron will lead the No. 2 LSU Tigers into Tuscaloosa on Saturday to take on Nick Saban and No. 3 Alabama.

I remember Orgeron leading Ole Miss to a 3-8 season to start his tenure, then a 4-8 mark in his second year before ultimately shitting the bed the following season going 3-9 and winless in the SEC. You couldn’t have found a more boring or worse offense than Ole Miss’ during his time.

The three seasons of Orgeron at Ole Miss were dark times and it turns out there’s a commercial that perfectly describes just how things were back then and just how big of a come up this man has been on since then.

Orgeron slinging Hummers for a local Oxford dealership is the good stuff.

“Big, tough, aggressive and it represents everything that we want at Ole Miss.” Every single Ole Miss fan just thought about throwing their phone or computer through the wall after watching this, but hey, hats off to Coach O for finding success down the line.

After going 10-25 at Ole Miss he posted a 6-2 record as the interim head coach at Southern Cal before taking the LSU job over in 2016 where he’s gone 33-9 with the Tigers. Granted he wasn’t working with much at Ole Miss, the turn around almost seems too good to be true.