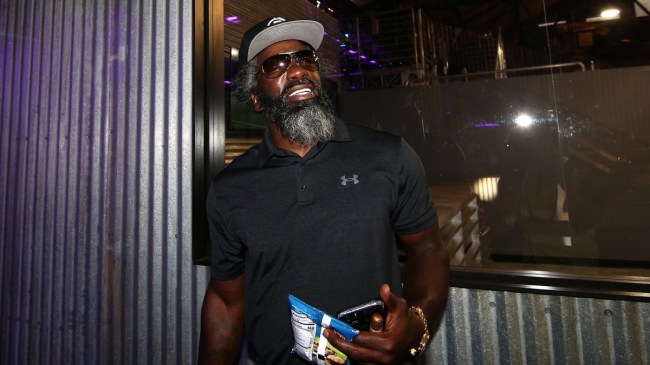 Ed Reed was one of the NFL’s all-time greatest defensive players. The Safety, who spend most of his career with the Ravens, was an eight-time All-Pro and even won a defensive player of the year award.

Recently, the legend and member of the Pro Football Hall of Fame was hired as the head coach at HBCU Bethune-Cookman. But, what was supposed to be similar to how Deion Sanders turned Jackson State around went wrong quickly.

The trouble started on January 16th when Reed made a video complaining about the trash on the campus.

Eventually, Reed and Bethune-Cookman parted ways after the school’s board decided to not approve his contract.

But, now, students on the Florida campus are showing their agreement with Reed over issues like facilities and the perceived malfeasance of administration and are protesting.

Bethune Cookman students are calling for the Board of Trustees' removal. They say campus facilities have many issues the school isn't addressing. Ed Reed spoke out and contract negotiations broke down, which was the "icing on the cake." @WFTV pic.twitter.com/mSrsUSik8l

“We voice concerns. We send emails all the time. No response so this is what it has come to,” said student body vice president Janaya Jones.

It came to that after the university broke off negotiations with prospective head football coach Ed Reed. This weekend, he said he couldn’t sign his contract because they couldn’t ratify the details of it. Reed took to social media, using profanity to criticize the physical conditions at BCU, claiming even his office wasn’t clean. Reed later apologized but the university decided this weekend to reopen its search.

While students are petitioning to bring Reed back, they say it’s time they speak out too.

“We have a voice and we should use that voice,” BCU student Tyrone Franklin Jr. said.

Franklin is a quarterback on the football team, disappointed that the university dropped Reed.

“I think him showing what we’re going through as a student body should be shown. Many people has been saying this for a long time,” Franklin said.

Students shared pictures of what they say are some campus concerns, including broken doors and mold in dorm rooms, some even growing on stuffed animals.

“The first couple of months I was here, I really was sick because of the mold. My shower makes my skin break out because like they don’t really care about the health of their students,” BCU student Saeeda Suber said.

Many at the protest say Reed spoke the truth about issues at the school and they showed up, even marched in the street to have it all re-heard. At the end of the day, they say this is what they want leaders to respond to.