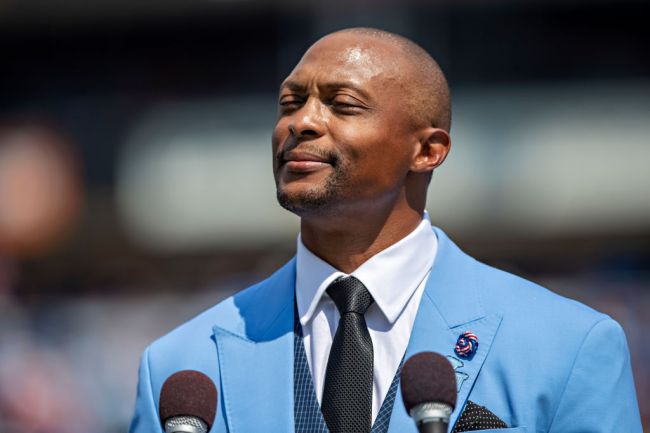 Eddie George is one of the best college running backs of all-time, an NFL Hall of Famer, and the next head football coach at Tennessee State University. The school has not officially announced the hire, but barring an unforeseen change, it is a done deal.

After playing seven years with the Titans, George retired in Nashville and knew TSU President Dr. Glenda Baskin Glover from their time in the city. Football Scoop also reported university officials also discussed the opening with another Hall of Fame member, ex-Ravens linebacker Ray Lewis, before ultimately settling on their guy.

George is a fantastic player but he has never served as a coach in any capacity on any level. To supersede his lack of experience, he and Tennessee State are targeting a group of veteran NFL coaches to fill out his staff.

Multiple sources say that George’s former head coach Jeff Fisher is serving in an advisory role to help with the hirings, and the Tigers are set to bring Fisher’s son Brandon on as the team’s defensive coordinator. He spent this past season as an analyst under Gus Malzahn and defensive coordinator Kevin Steele at Auburn and served as Southern Utah’s defensive coordinator in 2019. Brandon also worked alongside his father as a volunteer assistant and then the secondary coach with the Rams.

Tennessee State closed out its spring schedule with Southeast Missouri on Sunday and finished the unusual COVID-19 season at 2-5. This hire makes things very interesting for the fall. The Tigers begin the 2021 fall season in Canton, Ohio against Grambling State and then hosts Jackson State in week two. That game will pit head coach Eddie George against head coach Deion Sanders, a fun soon-to-be rivalry amongst the historically black college and university scene.