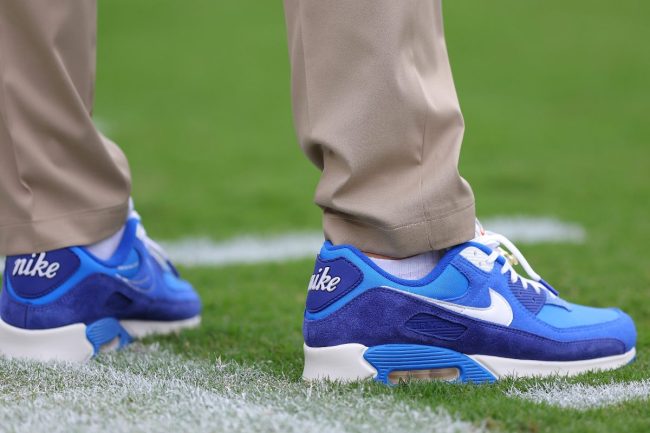 Ole Miss head coach Lane Kiffin and Missouri head coach Eli Drinkwitz went toe to toe at SEC Media Days as they flashed a bit of fashion sense. The two Southeastern Conference leaders took to the stage Monday to talk about their teams’ outlook for the upcoming season.

Mississippi is hoping to improve upon a 10-win season in 2021, but they’ll have to do so without signal caller Matt Corral who was drafted by the Panthers. Mizzou is looking to get back to a bowl game after going 6-6 in the regular season. They fell to Army on a last second field goal in last year’s Armed Forces Bowl.

The coaches fielded questions about the Rebels and Tigers, giving their hopes for 2022, but it was their time away from the podium that had folks talking the most.

Kiffin and Drinkwitz traded jabs on Twitter surrounding their shoe game for the summer’s ultimate college football event. Kiffin was first to strike, posting a picture of his customized “Sip” kicks. They paired nicely with his “All Aboard The Lane Train” socks, and he challenged Drinkwitz to match.

And match, he did.

The Missouri coach fired back with a pair of customized Tiger Nikes. Check them out below.

Those are cute, but everyone knows 2022 is the ‘Year of the Tiger’ @Nike @Lane_Kiffin #MIZ https://t.co/qOQ5YttGCP pic.twitter.com/egd41uUOiV

He also fired a shot at Kiffin directly, saying that 2022 is “the year of the Tiger.”

They kept it going after arriving to the event with Drinkwitz complimenting Kiffin about his shoes. He was even nice enough to ask if he needed a sparkling water.

While its not football, at least it gave a bit of entertainment as college football fans look to break up the offseason.

Related: Lane Kiffin raises the big question of, ‘Why do coaches still wear ties at SECMD?’