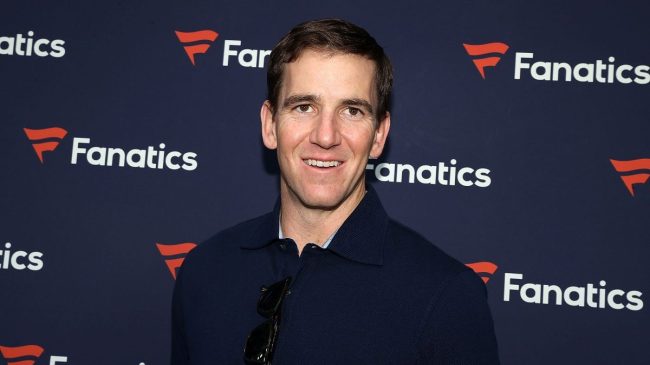 The New York Giants are putting up a valiant effort against the Carolina Panthers as they hope to secure a second win to start the season. However, it sounds like former legendary quarterback Eli Manning is in attendance and is hanging out with the fans in the stands.

That’s right, Manning was spotted sitting with the fans casually watching the game. Usually, past players and celebrities sit in the press boxes, but he chose to sit with the fanbase instead. Giants fans clearly loved it, as “Eli Manning” chants took over the stadium, per Dianna Russini.

Eli Manning was just spotted by the fans here at the game and they are going NUTS. Chanting “Eli Manning” https://t.co/hVnsovKSoY

It’s always nice to see former players do the small things to please the fanbase. Manning of course brought two Super Bowls to New York, engraining him as a Giants legend. Although he moved on from the franchise, the fans obviously love him for his contributions throughout his career.

Even social media showed their appreciation for the Giants’ former quarterback. Some offered their take after seeing Eli Manning casually hanging out with the fans during the Panthers game.

Sometimes no words are even needed to express yourself.

Perhaps Eli Manning’s presence can give the Giants the momentum they need to defeat the Panthers. It’s a close game as of this posting, but New York has plenty of time to take a lead and win the game.

If this franchise can start the season off 2-0, then the city of New York is going to go into an absolute frenzy (in a good way of course).