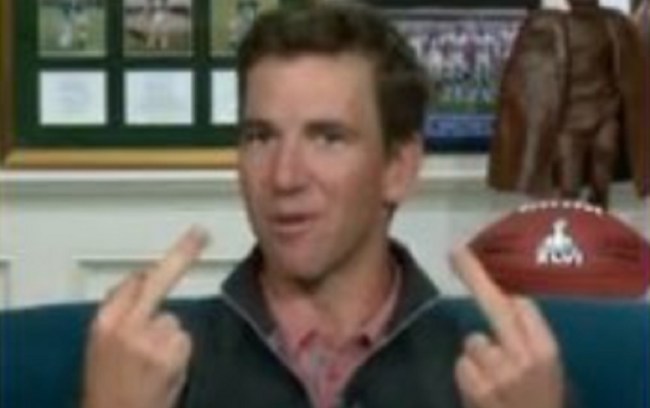 Or perhaps he’s high-key hilarious? One of the highlights of the 2021 NFL season, undoubtedly, has been ESPN’s Manningcast, which features NFL Hall of Famers (one current, one future) and brothers Peyton and Eli Manning, who bring a style of commentary to NFL games that have never really been seen before thanks to a combination of their expansive knowledge of the game, familial history, and frankly, sense of humor.

During his playing career, aside from being a generally underrated quarterback who seemed to be Tom Brady and Bill Belichick’s kryptonite (which is just a delightful aspect of Manning’s legacy), Eli was largely considered to be the goofy, if not awkward, younger brother of the computer-like Peyton Manning.

But what the Manningcast has shown us, other than the fact that ESPN is going to have to fight tooth-and-nail to keep other networks from luring Peyton and Eli away, is that Eli Manning has far more personality than he led on during his playing days. Being a New Jersey native — and a Hoboken resident, where Manning lived for many years — I actually knew this long ago, as Eli and the Giants’ offensive line would occasionally pop into local bars and steakhouses, where you’d later hear stories of his underrated gregariousness.

Eli’s Twitter account, which he first launched in May of 2020, has also served as a conduit for making people realize how funny he is. It should come as no surprise, then, that Eli had the perfect response to the Eagles fan who was caught on camera giving the double-middle-finger during the Eagles’ game against the Washington Football Team on Tuesday night.

“Back in September, in the early days of the ManningCast, Eli Manning described playing in Philadelphia by saying that 9-year old kids would give him the double-bird. He then flipped off the camera and had to apologize a few minutes later. Anyway, with this Eagles fan confirming his story, he took to Twitter to let everyone know he was right.” [via The Big Lead]

Hopefully, the Manningcast returns for whichever playoff games that ESPN airs, because the duo is absolutely electric.