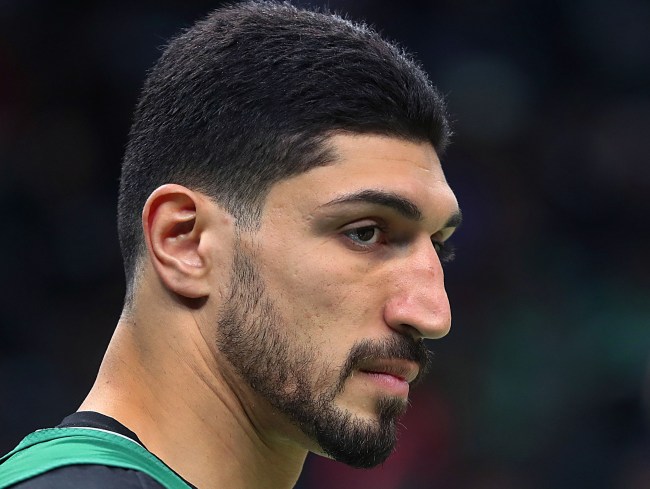 Earlier tonight, LeBron James caused a firestorm when he criticized Houston Rockets GM Daryl Morey for being “misinformed” and selfish when he fired off a tweet two weeks ago supporting the Hong Kong Protests.

“We all talk about freedom of speech — yes, we do have freedom of speech. But at times, there are ramifications for the negative that can happen when you’re not thinking about others and you’re only thinking about yourself. I don’t believe — I don’t want to get into a … feud with Daryl Morey but I believe he wasn’t educated on the situation at hand. And he spoke. And so many people could have been harmed, not only financially but emotionally, physically and spiritually.”So just be careful with what we tweet and what we say and what we do, even though, yes, we do have freedom of speech. But the can be a lot of negative that comes from that speech.”

LeBron tried to clarify his comments by stating that he was trying to say Morey was “misinformed” about the ramifications of his tweet.

LeBron James was referring to the ramifications of Daryl Morey’s tweet on China and the events it unleashed when the Lakers star said the Rockets GM was misinformed, a source told @TheUndefeated.

Boston Celtics center Enes Kanter, who has been dealing with international issues from his home country of Turkey over his political comments, took to Twitter to show his disapproval of LeBron’s comments directed at Morey.

-Haven’t seen or talked to my family 5 years
-Jailed my dad
-My siblings can’t find jobs
-Revoked my passport
-International arrest warrant
-My family can’t leave the country
-Got Death Threats everyday
-Got attacked, harassed
-Tried to kidnap me in Indonesia

FREEDOM IS NOT FREE