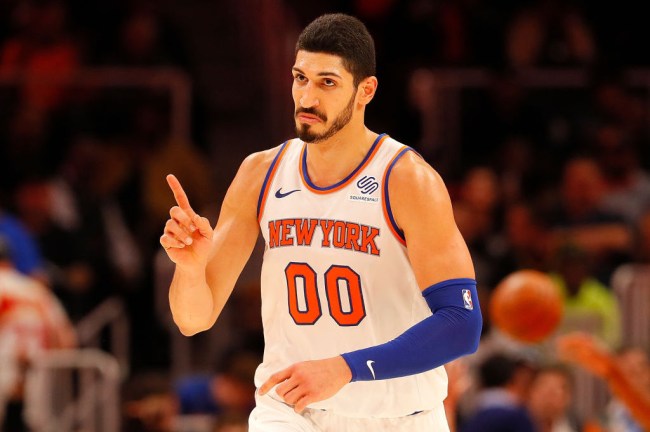 If you’re serious about putting on muscle, you have to follow a strict regimen both in and out of the gym because you’re not going to do your body any favors if you aren’t eating the right stuff.

For the average person, bulking up can be particularly tricky, as you have to make time in your life to hit the gym and (unless you’re living exclusively on protein shakes) prep the food you need to keep your body fueled.

However, some people are lucky enough to be able to devote a sizeable chunk of their lives to getting jacked.

This is the case with most professional athletes, who have access to virtually everything you need to reach peak physical condition, including trainers, physical therapists, and nutritionists tasked with helping them stay at the top of their game.

A couple of years ago, the New York Knicks’ Enes Kanter made it his mission to lose some weight by sticking to a healthy food regimen during the offseason.

However, even the most dedicated dieter deserves to treat themselves every once in a while— which is exactly what the 6′ 11″ center did a couple of days ago when he decided it would be a good idea to eat seven burgers and a tray of fries on his cheat day.

Enes Kanter was here at practice but left because of illness. Really.

Of course, correlation doesn’t equal causation but I don’t think it’s too much of a stretch to suggest it might have had something to do with the 10,000 calories he ate in a single sitting.