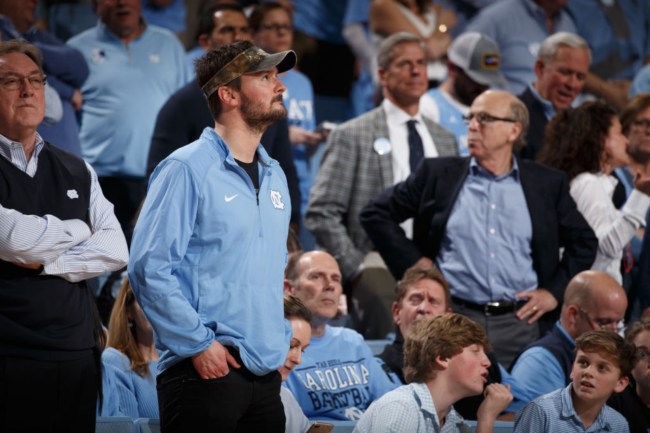 Eric Church was born in North Carolina and is a diehard Tar Heels fan. So, when his Heels advanced to the Final Four this past weekend you can only imagine his excitement and desire to go to the game.

The only problem was the date of the game. Duke and UNC will do battle on April 2 in New Orleans, the same night Church was set to be putting on a concert in San Antonio.

The keyword in that last sentence is ‘was’ because that show is no longer happening.

Church officially canceled the show telling his fans that he and his family simply can’t miss the historic game between Duke and UNC.

“This Saturday, my family and I are going to stand together to cheer on the Tar Heels as the team has made it to the Final Four,” Church’s message began.

“This is also the most selfish thing I’ve ever asked the Choir [the nickname of his fanbase] to do: to give up your Saturday night plans with us so that I can have this moment with my family and sports community,” the message continued.

As a big sports fan myself, I respect Church’s decision to not miss a truly historic moment involving his favorite team. Sure, he’ll lose some fans over this, at least for a few days, but he’ll be in the building witnessing history on Saturday with his family.

Fans will of course receive a full refund for their tickets, but despite that and Church at least being honest in his reasoning, plenty of fans are furious.

Eric Church is cancelling a concert so he can watch a basketball game. Thousands of people made plans to see his 4/2 show. Many artists play through injuries and miss important life events for their fans. Not Church. He really might be the biggest douche bag in America. pic.twitter.com/eA7CxXdvm9

I get that people are huge college basketball fans but really. Why not postpone it or reschedule it and just flat out cancel? https://t.co/W3ZVrHJEjT

I cannot believe ittt, we waited for a year to see you @ericchurch https://t.co/EjTqBPAN5j