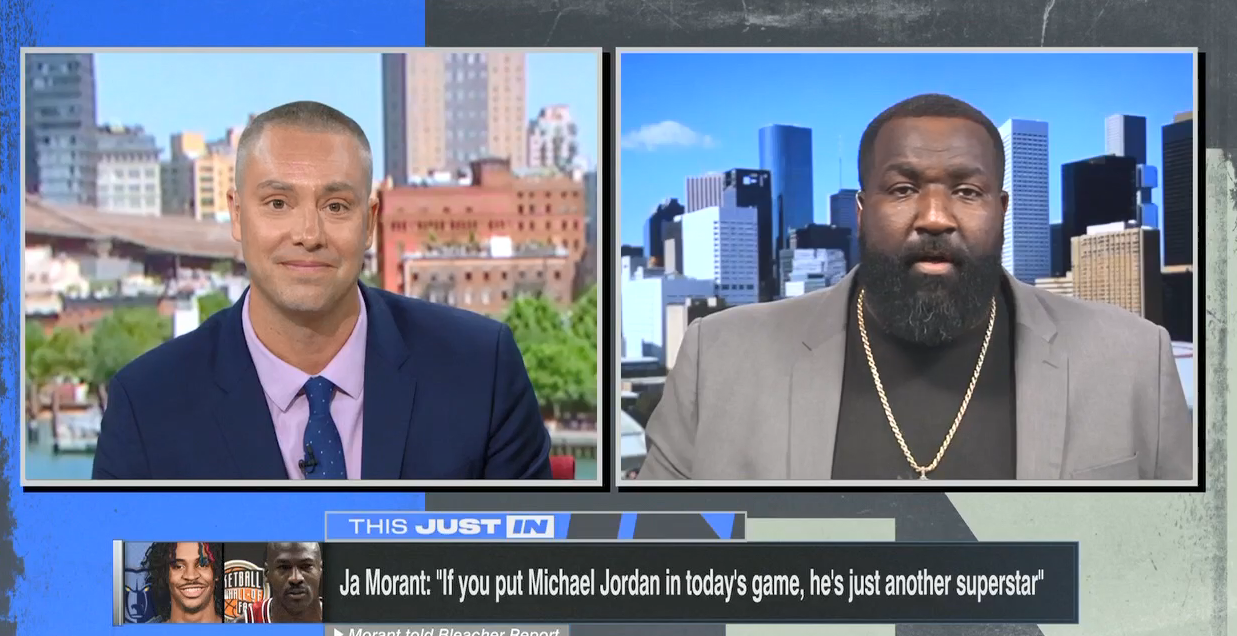 Over the weekend, Ja Morant went viral when he said that he felt he could beat Michael Jordan during an interview with Bleacher Report’s Taylor Rooks.

"I would've cooked him too" 😂@JaMorant is confident he would've beat Michael Jordan in his era pic.twitter.com/TEKJtcgqJC

Ballsack Sports followed up on Morant’s interview with Rooks by tweeting out a fake quote by Morant that also went viral.

Ja Morant says Michael Jordan would be “just another superstar” in today’s game—says today’s talent is at all time high. pic.twitter.com/eAGTjfiFQS

During Monday’s episode of “This Just In,” fill-in hosts David Jacoby, and Kendrick Perkins spent an entire segment talking about a fake Ja Morant quote that was tweeted out by Ballsack Sports.

i know ESPN did not just do an entire segment based on a ja morant “quote” from ballsack sports 😭😭😭 pic.twitter.com/UqihKpMddW

Rooks blasted ESPN and demanded they issue a correction for the mistake.

he absolutely did not say this in the interview. and I can't believe it was broadcast that he did. there should be a correction issued for that. @espn https://t.co/F7x5Jt5r2Z

Earlier this year both ESPN’s Kendrick Perkins and Stephen A. Smith have been duped by fake Ballsack Sports quotes.

Update: Jacoby has apologized for the segment.

As the face of this I want to do three things:

3) Give a big shout to “Matty Ice” for watching from a what looks like a liquor store https://t.co/A0GrBV9KgV