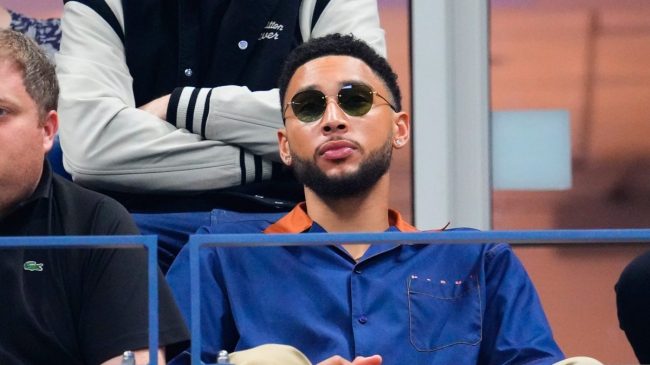 It has been 457 days since Ben Simmons last stepped onto an NBA court to play in a game. But who’s counting?

Since then, the three-time NBA All-Star has quit on the Philadelphia 76ers, been traded to the Brooklyn Nets, and then allegedly quit on the Nets as well.

But again, who is keeping track?

The Nets and head coach Steve Nash reportedly have a plan for how to use Simmons in the coming season. This should come as no surprise as for all his faults, Simmons is still a useful player. Particularly so during the regular season. He’s one of the league’s best defenders regardless of position and presents a unique test for defenses in fast-break situations.

Those skills are what landed Simmons on ESPN’s latest list of the top 100 players in the NBA despite missing an entire season.

Though where he ranks is undoubtedly a jab at Simmons as well as his former team.

For 12 years, ESPN has compiled a preseason list of the top 100 players in the NBA. This year’s list was released Tuesday morning with Nos. 100-26.

Prior to sitting out the entire 2021-22 season, Simmons checked in at No. 21 on the list. This time around he finds himself, quite coincidentally, at No. 76.

One game to watch: Nov. 22 at Philadelphia. The buildup for this game has been growing for over a year. We got a taste of what was to come last March when Simmons, who was traded to Brooklyn for a package centered around James Harden just before last season’s deadline, was at the center of loud boos and “F— Ben Simmons!” chants throughout the night while sitting on the bench with his new teammates. There will be a lot of emotions in the building between two teams that believe they can rise to the top of the East.

Surely that ranking is just a coincidence…

After all, Zion Williamson has missed more time than Simmons and checks in at No. 40 overall. Ah, well…