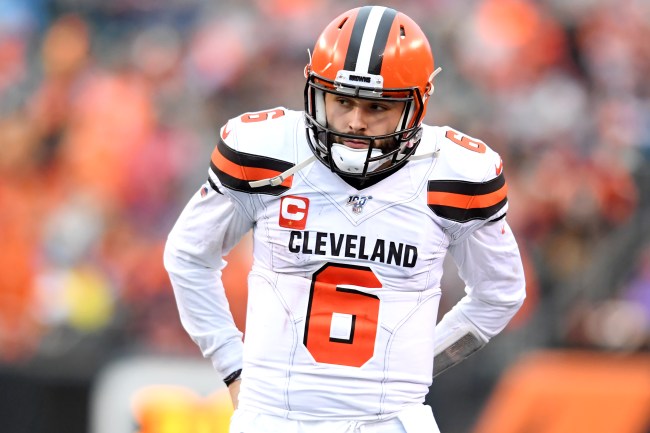 ESPN Cleveland’s Tony Grossi has always been critical of the Browns drafting QB Baker Mayfield because of his size.

Back in 2018 Grossi absolutely crushed the team for choosing to draft the “diminutive” Mayfield instead of opting for others at the QB position.

Are you kidding me? This is the reason the Browns passed on Carson Wentz in 2016, passed on Deshaun Watson in 2017, and failed to aggressively trade for Jimmy Garoppolo? To crown six-foot Baker Mayfield the next franchise quarterback hopeful with the No. 1 pick of the John Dorsey era?

After sacrificing so many blue-chip prospects to collect future assets, the road paved by so many miserable game days was supposed to lead to a pot of gold in the 2018 draft. Instead, there was Mayfield at the end of the rainbow – another diminutive quarterback with a giant chip on his shoulder.

On Tuesday, Grossi found himself in hot water when he was overhead live on radio calling Mayfield a “fucking midget” on a hot mic while discussing the Browns missing out on Joe Burrow.

#browns they just called baker a f*****g midget on espn cleveland when they thought the mics were off pic.twitter.com/iSh3scQRCt

Browns fans are now asking Grossi to be fired over his comments.

@ESPNCleveland please fire @TonyGrossi !!! He has been trash for years

Update: Grossi has been indefinitely suspended by ESPN Cleveland.