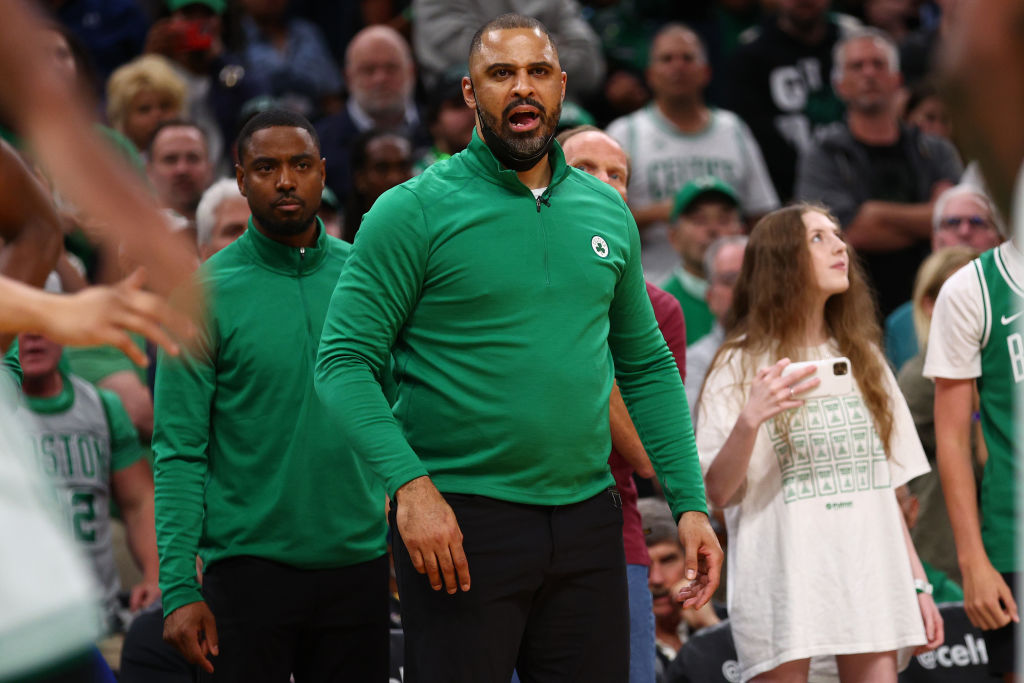 Boston Celtics staffer Allison Feaster has nothing to do with the Ime Udoka situation in Boston.

On Wednesday night, it was revealed that Celtics head coach Ime Udoka was facing serious punishment from the team for breaking organizational rules by having an affair with a staffer.

ESPN story on Celtics coach Ime Udoka facing disciplinary action expected to include a significant suspension for a violation of organizational guidelines: https://t.co/R4xRzyOD8J

Boston Celtics coach Ime Udoka is facing disciplinary action that is expected to include a significant suspension for his role in a consensual intimate relationship with a woman who is a member of the franchise’s staff, sources told ESPN on Wednesday night.

The relationship was considered a violation of the organization’s guidelines, and a decision on the length of that suspension is expected to come as soon as Thursday, sources said. While no final decision has been made, internal discussions have included scenarios that would keep Udoka out for the entirety of the 2022-23 season, sources said.

Fans tried to guess which staffer Udoka had an affair with and Allison Feaster’s name came up.

the Celtics’ only female staff member is their VP of Player and Organizational Development, Allison Feaster. pic.twitter.com/BO8UukbLZT

According to NBA insider Marc J. Spears, Feaster is not involved in the scandal.

For those speculating and curious about the Celtics' situation, Vice-President of Player Development and Organizational Growth Allison Feaster is not involved in this.

No woman has yet been officially linked to the scandal and it appears that Udoka may resign from his position after it was reported that he was facing a one-year suspension.