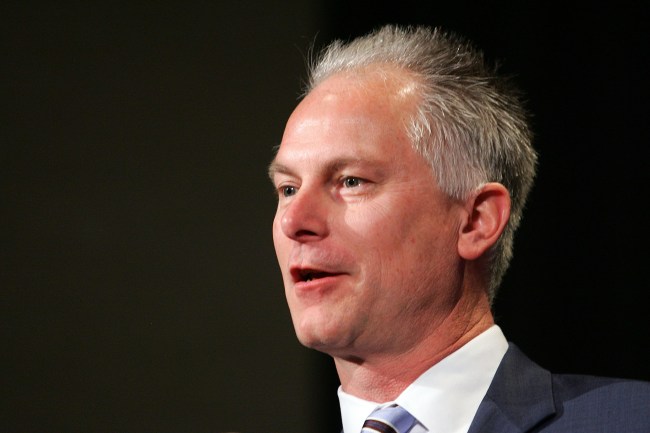 We’re beginning to learn about the falling out between longtime SportsCenter anchor Kenny Mayne and the ‘Worldwide Leader In Sports.’

On Monday, Mayne announced that he was leaving ESPN after 27 years due to “salary cap” issues in a post on social media.

I am leaving ESPN.
Salary cap casualty.
Thanks for the opportunity Vince Doria & Al Jaffe & for taking my solicitations
Herman/Stinton/Lynch.

Mayne went on to speak with The Athletic’s Richard Deitsch and revealed that ESPN had asked him to take a 61 percent cut. The now-former SportsCenter anchor says when he refused ESPN’s offer to take less money he was quickly shown the door by the company.

NEW MEDIA COLUMN: I spoke to @Kenny_Mayne for 35 minutes last night about his upcoming exit from ESPN & why it happened. He was asked to take a 61 percent pay cut among other things. Here, in his words, is what happened: https://t.co/jWcMzkGsEU

“It was a significant pay cut. It was a big pay cut to do essentially the same job. It was a 14 percent reduction in time worked and a 61 percent reduction in money earned. I thought the variance was too much. I’m not asking anyone to feel sorry for me. It’s my choice to stay or not stay. It was still a good amount of money in the real world.”

“They said they understood that I would do it and, you know, it’s just business and things like that. They didn’t try to do a car deal with me. It wasn’t like, “What would you take?” It was, “Here’s your offer.” I turned it down, and we started the exit procedure.”

Hours after Mayne’s announcement, ESPN revealed that they had re-signed Chris Berman to a multi-year deal and fans of the network weren’t happy.

I don't watch any ESPN studio stuff anymore so I have no idea how that's all rolling lately, but cutting Kenny Mayne and extending Chris Berman amidst a salary crunch is definitely a choice.

I find the Chris Berman extension news on the same day Kenny Mayne announces his departure due to "salary cap victimization" interesting on a number of levels.

The first being that Berman apparently still works at ESPN.