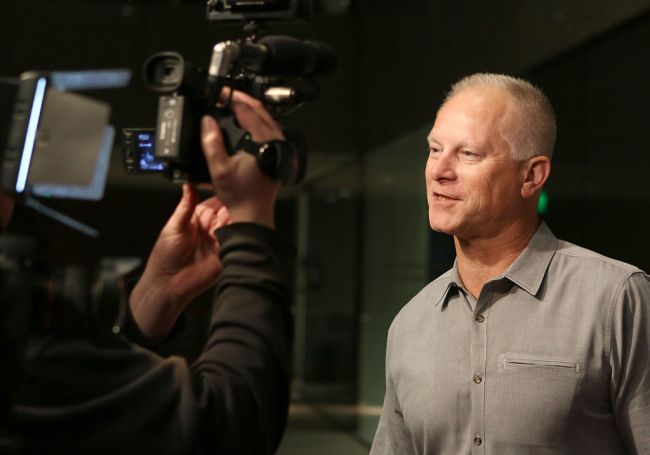 Some surprising news in the sports media world broke on Monday with Kenny Mayne announcing his departure from ESPN calling his move a “salary cap casualty.” Mayne has been a familiar face on SportsCenter and various other projects for the worldwide leader for 27 years, so it’s a significant loss for many sports fans that have been so accustomed to seeing and hearing him on the network.

Mayne has always had a unique sense of humor and has leaned into his easy-going, witty character for nearly three decades on the biggest stage in sports media. Therefore, it shouldn’t come as a surprise that the cover letter of his résumé that landed him the gig at ESPN had a comedic flare to it.

Mayne kept his cover letter simple and put the ball in ESPN’s court. Mayne included three boxes for longtime ESPN executive John Walsh to check, with the funniest reading ‘contract is on the way, stand by the mailbox.’ This undoubtedly caught the attention of Walsh and everyone else at ESPN.

This is how @Kenny_Mayne snagged the gig of a lifetime. Not surprisingly, he made John Walsh smile. pic.twitter.com/FGceMUy7UZ

It’s no secret that Mayne carries himself with a lot of confidence, but to fire off a cover letter like this in an attempt to essentially land your dream job is some self-confidence I think all of us should try and tap into.

Talk about a way to start a career and one that lasted nearly 30 years in the same spot. Maybe if ESPN5 ever does become a thing, Mayne will be the first to get the call. He’d deliver some excellent commentary on some oddball sports.