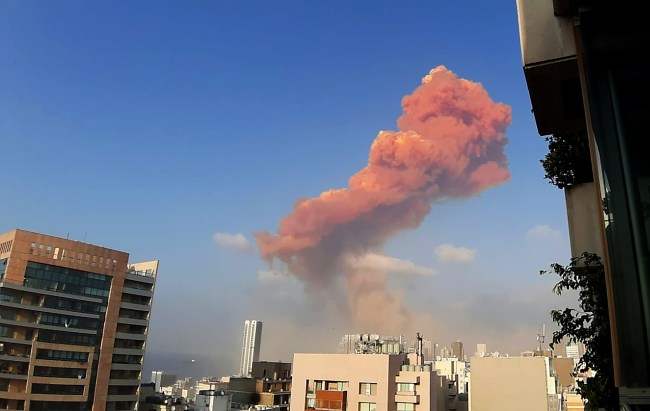 On Tuesday afternoon, multiple videos of an explosion in Beirut made their way on the Internet.

early reports out of Beirut say this was an explosion at a fireworks factory. unbelievable. pic.twitter.com/hvRm4DOP44

The explosion was initially reported to be at a fireworks factory but that has yet to be confirmed.

Despite the fact that people are still gathering information on the matter, ESPN NBA writer Chris Palmer confidently claimed that the explosion was “atomic” because of the mushroom cloud seen in the video. 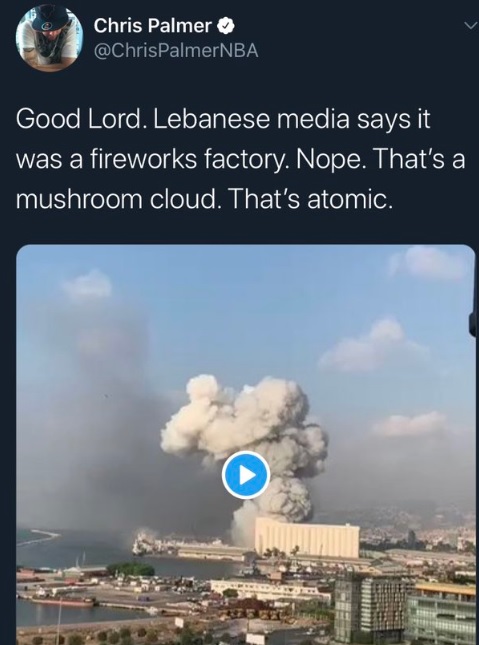 Palmer would go on to double down on his claims that the explosion was “atomic.” 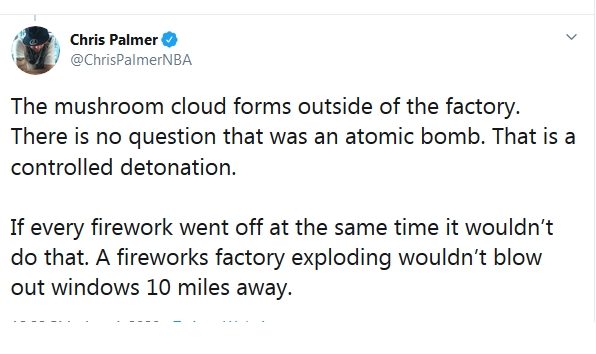 Palmer was immediately slammed by nuclear experts as well as other members of the media for spreading misinformation.

This is just clearly wrong. Mushroom clouds form in all explosions — they just stick around a lot longer for big ones. You can tell from the color of the explosion (deep red/orange) that it is not hot enough to be nuclear (which always starts white/yellow, even small nukes). https://t.co/Kp4b8HlgZe

I study nuclear weapons. It is not. https://t.co/fzL8CwHe5J

Mushroom clouds form when an explosion creates a superhot bubble of gas. Hot hair is buoyant, so it rises quickly and expands while creating an updraft picking up dust which forms the stem. https://t.co/0u2mepgtz2

This isn't that complicated, people. There is a fire and a secondary explosion. There are literally none of the phenomena one sees with a nuclear explosion. pic.twitter.com/OeT2ohd7hg

If it was a nuclear explosion, first there'd be a blinding flash.

There'd be no video because everyone and everything will be on fire. https://t.co/QHMbw8Vm4K

Whatever detonated in Beirut was very big and very, VERY bad, but it was NOT an atomic bomb. The EMP from a nuke would fry every cellphone that you're getting the video from as well as everyone in over a mile radius.