ESPN+ Has A TON Of New Content For Sports Fans To Take In All Summer Long, So Here’s What To Look Out For 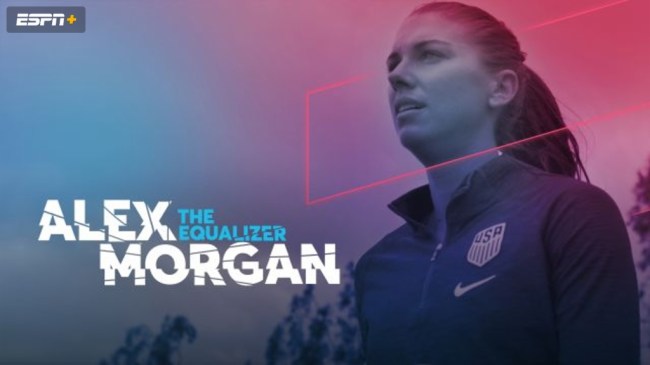 I’ve got a pretty unhealthy obsession with sports. Not only is my TV always on some sporting event or sports show, but it seems like sports is all I ever talk about. Yes, it’s kind of a problem, but at least I know what I’m passionate about, right?

For those who can relate, you might be interested in finding out ways to get even more amazing sports content in your lives, right? If so, then ESPN+ is your spot, because the streaming service from the Worldwide Leader offers exclusive coverage to live events, original series and, even more badass, the UFC — so you really won’t miss a thing.

Oh, and for those people who might be scared off by subscribing to another thing, ESPN+ is either only $4.99/month after that — or just $49.99/year — meaning that, well, you’ve got no excuses if you’re really as diehard of a sports fan as you claim to be.

With summer coming up, ESPN+ is hooking sports fans up with a ton of content worth binge-watching. Not only does ESPN+ offer every single 30 for 30 documentary — which are always by go-to when I’m sitting around bored at night — but the streaming service has plenty of other things to absorb. Here’s a look at some of the upcoming original series, live events and other highlights to put on your calendars.

Live Events; To Name a Few

Guys, this is all just in the next month or so! And remember, ESPN+ is the exclusive place for all of this content.

For those mega UFC fans, as mentioned, ESPN+ is the exclusive home for all the badass action. So check out some of the programming on ESPN+ that you’ll get to watch all the hard-hitting action.

Talk about a total knockout, am I right?

ESPN+ can be yours right now, so I’ve got no idea why you wouldn’t do it. And the fact that it’s only $4.99/month after that — or $49.99/year — after that is just an added bonus. In other words, ask yourselves this: Are you willing to give up buying some fancy cup of coffee on your way to work for the best sports coverage out there? The answer should be a resounding yes.