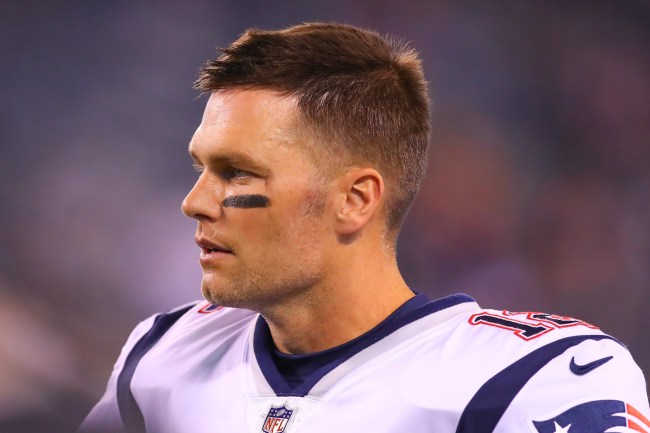 Is Tom Brady returning to the New England Patriots next season? Adam Schefter sure doesn’t think so.

Earlier this week, Schefter shook the NFL world when he said he said that all signs pointed towards Brady leaving New England after next season.

Early this morning, Schefter went on ‘Get Up’ and basically doubled down on his Brady comments by saying that it was more likely that the QB retires or finds a new team rather than returning to play in New England next season.

Adam Schefter doubles down on Tom Brady leaving New England "It's more likely he retires or moves on then return to New England" pic.twitter.com/OhSwnG9KFR

Earlier this week, Brady spoke about his future on the Greg Hill show and it seems like he has no idea what he’s going to do after this season.

Via The Greg Hill show

That is the great part for me, I don’t know,” Brady said. “I think that has been a unique situation that I have been in because I think when you commit to a team for a certain amount of years you kind feel like (there is) the responsibility to always fulfill the contract. For me, it’s been good because I am just taking it day-by-day and I am enjoying what I have. I don’t know what the future holds and the great part is for me, football at this point is all borrowed time. I never expected to play 20 years and I am playing on a great team and it’s just been an incredible 20 years of my life. To play for Mr. Kraft, and Jonathan and the Kraft family and for Coach Belichick and to have so much success is a dream come true.

“One day I will wake up and I will feel like, ‘OK, that will be enough.’ When that day comes, that day comes. I don’t know if it will be after this year. I don’t know if it will be five years from now. I don’t have to determine those things right now, either. That is kind of a good part of where I am at. Just take advantage of the opportunities that I have this year and do the very best I can do and then those decisions come at probably more appro

I can’t imagine seeing Brady in another jersey next season but we’ll have to wait and see for now.