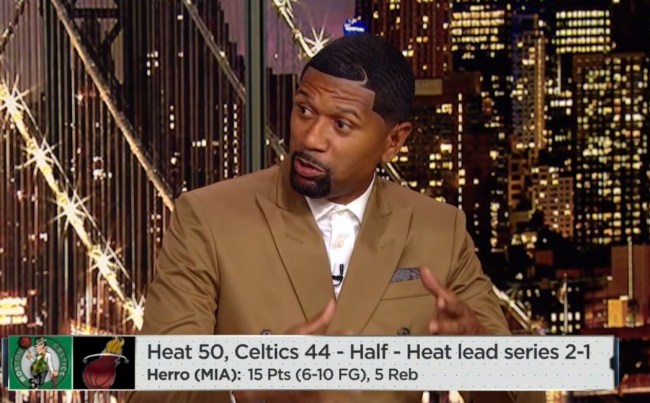 On Wednesday afternoon Kentucky attorney general Daniel Cameron announced that just one officer, Sgt. Brett Hankison, would be charged with “wanton endangerment,” following the shooting of Breonna Taylor which led to outrage and disappointment from many in the NBA world.

During ESPN’s NBA halftime show, Jalen Rose called for the arrest of the police officers involved in the “murder” of Breonna Taylor.

Rose isn’t the only ESPN’er who called out the Kentucky attorney general. During Wednesday’s edition of SportsCenter, both Stephen A.Smith and Michael Wilbon expressed their disappointment in the lack of charges for the police officers involved in the Breonna Taylor case.

“I’ve got several reactions … The first one is — I’m not surprised. Part of our outrage about this is, this isn’t the first time.”@RealMikeWilbon and @stephenasmith discuss the grand jury's decision made in Breonna Taylor’s case: pic.twitter.com/RYnhyb7Wl7