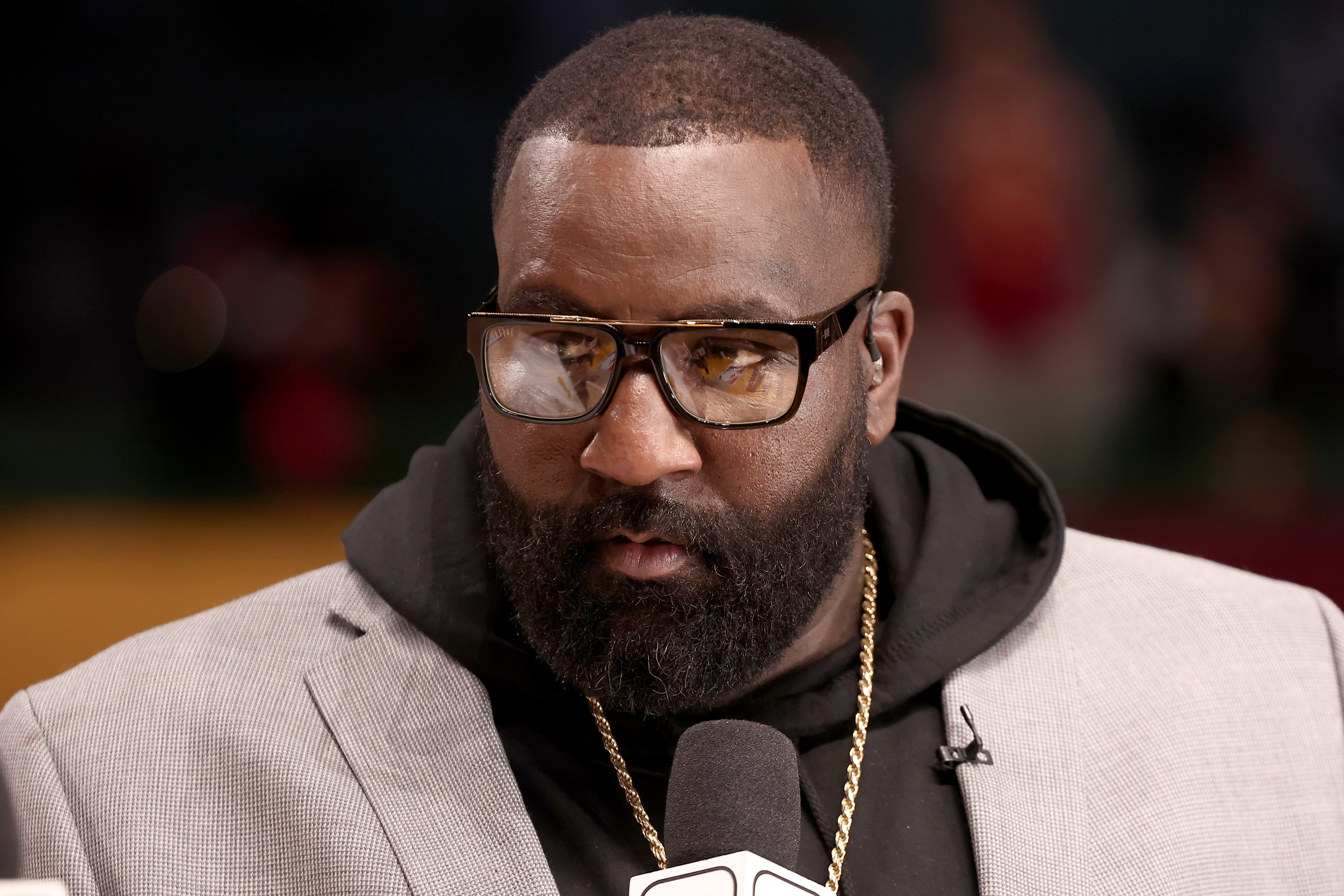 ESPN’s Kendrick Perkins is fed up with talking about the Lakers.

For the past week, ESPN has gone into overdrive talking about the Lakers this offseason, especially with Kyrie Irving reportedly interested in getting traded to Los Angeles.

.@WindhorstESPN says the Lakers could make a play for both Kyrie Irving and Kevin Durant 🤯

"It has been floated to me. … That the Lakers would potentially have a package that you could trade for both of them." pic.twitter.com/vpp7uXc3Ku

During Friday’s episode of “NBA Today”, an annoyed Perkins awkwardly walked off the set because he was tired of talking about the Lakers.

Kendrick Perkins walks off the set on "NBA Today" during a Lakers segment.

He's tired of talking about them 😂pic.twitter.com/xbxCkYKg0F

Fans agreed with Big Perk and were also fed up with hearing about the Lakers.

This is one of the few things I agree with Perk on! Stop talkin about the damn Lakers & Knicks all the fuckin time!!! https://t.co/IcIuSJcxbw

Thank God because these networks act like they're the only team in the league 😴 https://t.co/b97Z5rCPjY

We are all @KendrickPerkins https://t.co/tGbChTdPXQ

Perks basically sums up what the NBA fans really feel when Lakers conversations come up https://t.co/cwA48gfDoN

I am with him. They only talk about Lakers. Like their the only team in the league. https://t.co/noZ7BU6MLU