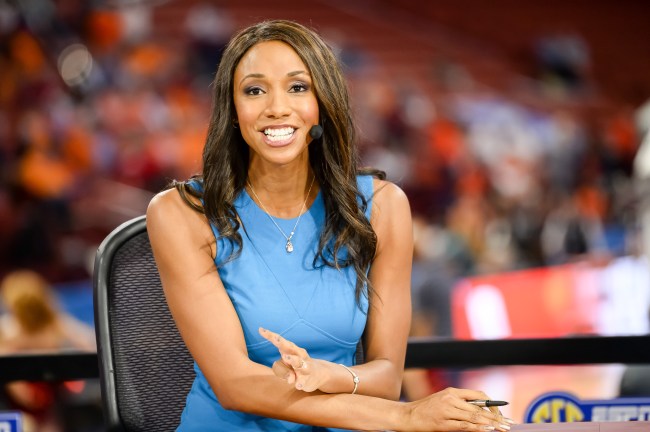 ESPN’s Maria Taylor has had a meteoric rise at the network in just a few years, unfortunately despite her success, she’s had to deal with a ton of B.S.

Just last month, Taylor was bizarrely criticized by a Chicago radio host for the way she was dressed while working the sidelines during a Monday Night Football game.

Well Danny Dearest if you would like to continue making sexist comments about me…please bring your misogyny with you to the NBA Countdown double header I’ll be hosting tomorrow night. Hey ladies remember you can wear whatever you feel confident in! @670TheScore @DannyMac670 https://t.co/bN0H582isU

On Monday, Taylor shared some more online harassment she’s had to deal with due to her views on the Black Lives Matter movement. According to Taylor one college football fan has been sending racist and harassing text messages to her and her family.

So to be clear texting my father, mother, and brother this hatred does NOT scare me and it will not keep me from doing my job. See you this weekend in Minnesota College Football Fans…I missed you!!! ❤️ pic.twitter.com/2oPue8GXD6 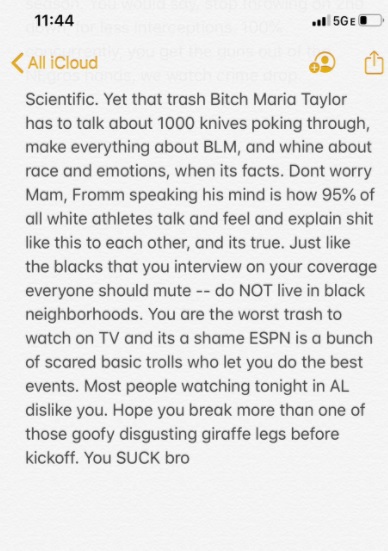 Kind of wild what Taylor has had to deal with despite the fact that she’s very good at her job.