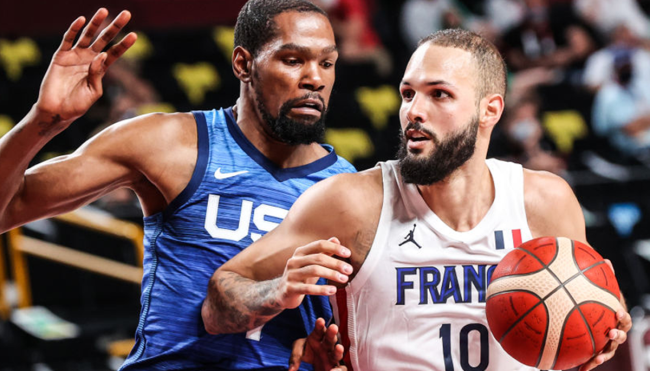 Over the years, LeBron James’s ever-changing hairline has provided NBA fans who are constantly on the hunt for an excuse to clown the superstar with plenty of fodder, and you have to imagine some of the league’s other follically challenged players are thankful that his less-than-luscious locks have been there to call some attention away from theirs.

Of course, there’s still plenty of ridicule to go around, and Kevin Durant has spent a good chunk of his career getting dunked on by people who are more than happy to let the world know what they think his traditionally unkempt hair resembles.

why Kevin Durant hair always look like dead ants??? I AM PISSED pic.twitter.com/K6LmNJBT5w

You could argue the situation Evan Fournier is dealing with up top leaves even more to be desired, but to his credit, he all but admitted his hair is in need of a major tuneup when the newly minted member of the Knicks announced he was on the hunt for a barber in New York City.

Now I need the best barber in NYC. Cuz I need help lol

It didn’t take long for a troll to slide into his mentions and allude to the show Durant put on when he helped lead the United States to a victory over Fournier’s French national team in the gold medal game at the Tokyo Olympics—nor did it take the guard long to fire back by throwing a bit of shade in the direction of his new crosstown rival.

He needs a barber too

I’m sure it’s only a matter of time until KD fires back, but it’s hard to imagine he’ll be able to come up with anything that tops the response of Bulls center Nikola Vucevic, who established himself as the true voice of reason with the piece of advice he gave to Fournier.

It’s over bro. Give up

Someone had to say it.