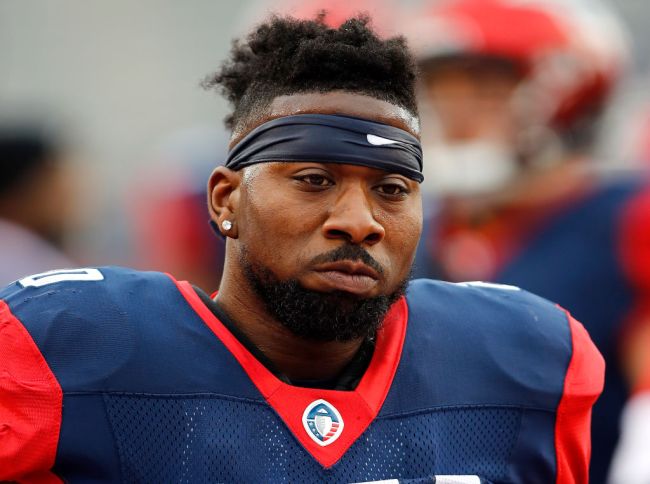 Ex-NFL player Zac Stacy has been arrested and is facing serious jail time after brutally beating his girlfriend.

On Wednesday night, a video showing Stacy punching and slamming his girlfriend in front of their five-month-old was released on the Internet.

Former NFL player Zac Stacy brutalized his GF, punching her & throwing her into a TV during a physical altercation over the weekend as there 5 month old child sat feet away. Warning, video is difficult to watch. https://t.co/E0ytAcdPg1

Stacy fled the scene of the crime but has since been caught and is currently in jail, where he is being charged with two felony counts, which could put him behind bars for over 15 years if convicted.

Former NFL RB Zac Stacy has been arrested after a horrifying video emerged of Stacy brutally beating his ex-girlfriend in front of their 5-month-old son. He's facing charges of criminal mischief and aggravated battery. pic.twitter.com/iiwIu2dqId

Ex-NFL player Zac Stacy was arrested in Florida and is currently in jail … just days after he savagely beat his ex-girlfriend in front of their 5-month-old son, TMZ Sports has learned.

On Thursday, officials announced they were charging Evans with 2 felonies … aggravated assault and criminal mischief.

Authorities believed Stacy left Florida … where the incident occurred Saturday afternoon. Still, they were concerned enough about Evans’ safety to move her to an “undisclosed location.”

Stacy is currently in Orange County (FL) Jail. Orlando PD is listed as the arresting agency, according to jail records.

If convicted, Stacy could face over 15 years in prison.