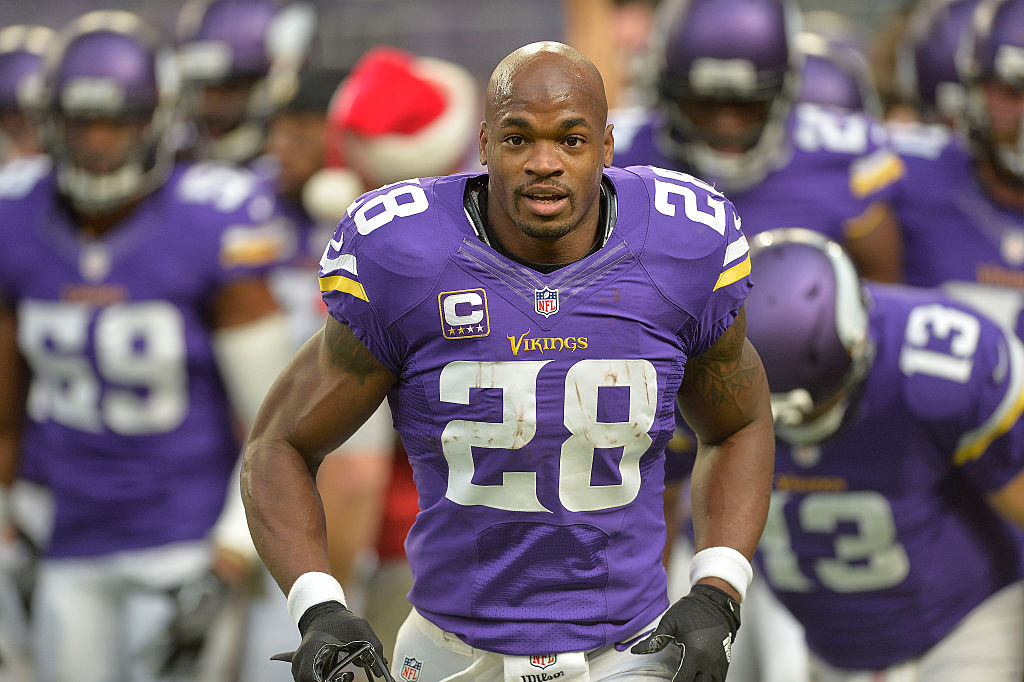 Adrian Peterson looks ready for his boxing match against Le’Veon Bell next month.

On Wednesday, Peterson uploaded a video of himself training and impressively knocked down his opponent with a heavy right hand.

The 37-year-old former NFL running back believes he could have a future career in the boxing ring.

“This is something that I definitely can see myself doing going forward as well, just depending on how things kind of play out for me,”. “But since I’ve started, this is something that I’ll continue to do. I’ll continue to stay in the ring, continue to practice, get my skills right because it’s a different ballgame when you step in that square. Fortunately for me, I have some great guys around me that are experienced. My gym in Houston, we have a ring in there. We have a lot of guys sparring all the time, and I’ve had the opportunity in the past to get in there with those guys a couple times and here recently, obviously, getting ready for the fight. I just been kind of grinding, so I might see this continue to do something going forward. So, even after this fight, I will still be on my same routine, waiting for that next opportunity to present itself.”

Peterson is set to take on former Steelers/Jets running back Le’Veon Bell at a Social Gloves event in LA on September 10th.