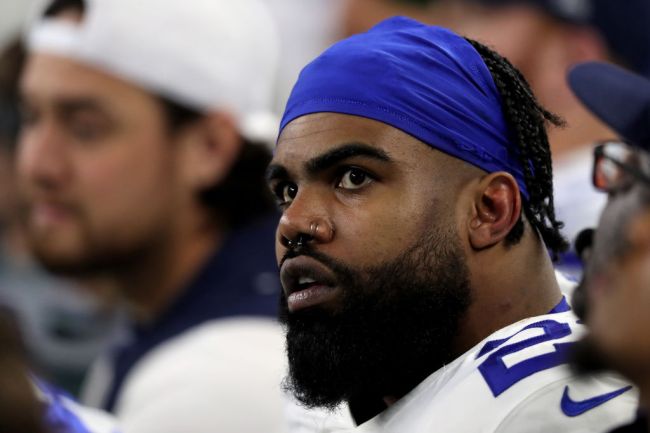 Ezekiel Elliott had a rough first game of the season and cost one fan a ton of money.

Before Thursday’s season-opening game between the Cowboys and the Bucs, one gambler bet $75k on Zeke scoring at least one touchdown that would have paid out $140k.

BIG-ASS BET: One bettor has put down $75,000 on Ezekiel Elliott to score a touchdown in Week 1 (vs. Buccaneers).

Unfortunately for that one gambler, Elliott didn’t get many carries and was held scoreless for the entire game.

Fans went on to mock the gambler after the fact.

Dawg. I would be pissed right now. https://t.co/Zr6IsNsbTa

Saying an extra prayer for this person tonight https://t.co/eBgg3LlXQH

Someone check on they mans 😂😂 https://t.co/gPitnHAgO7

I would retire Lmaoooo https://t.co/CyV7FsX4Si