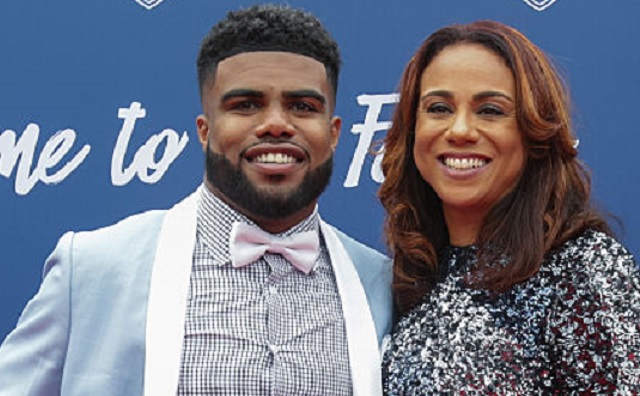 It’s probably not a good idea to talk trash to Ezekiel Elliott’s mom Dawn on Twitter unless you want to get put on blast in public.

After the Cowboys’ loss against the Bucs on Thursday night, one troll decided to attack Mrs. Elliott on Twitter about Zeke’s poor performance during the game.

Why your son sucks after he got paid?

Elliott’s mom saw the tweet from the troll and fired back.

I honestly cannot wrap my head around grown folks worried about what the next person makes. Overly concerned with the next person’s wages. https://t.co/CPNr35hbXU

She proceeded to finish off the troll with this vulgar comeback.

Why didn’t your mom swallow instead? https://t.co/rd4XRLUkuD