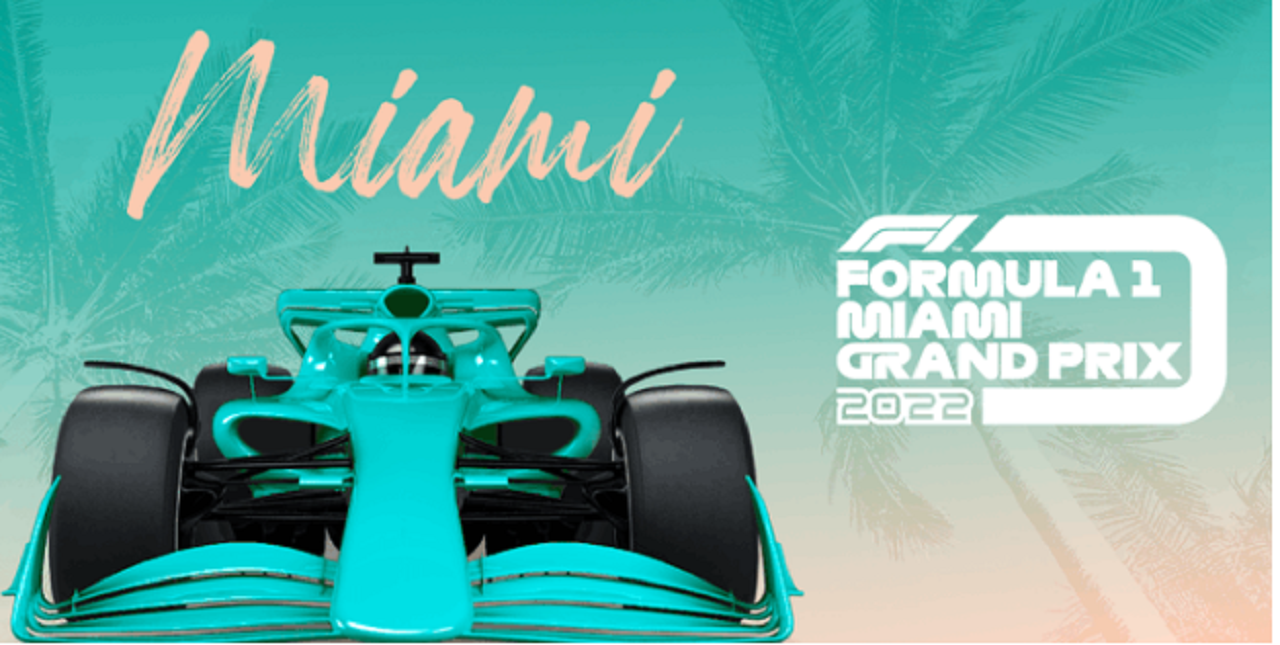 Its race week for the inaugural F1 GP in Miami and Hard Rock Stadium has officially released the musical assists throughout the week.

To kick off the F1 Miami GP Kygo will perform on Wednesday May 4th.
‘

Your opportunity to join us, the @F1 Drivers, @KygoMusic and Special Guests is coming on May 4th! 🏎🎤🎉
⁰
We hope to see you at our #MiamiGP Opening Party and concert pres. by @Heineken! 🍻⤵️

Tickets are still available for the HR Beach Club and all concerts will be streamed live across the campus!

There are also concerts throughout city during the weekend.

FountainBleu’s BlueLIVE will feature sets by Claptone, Meduza and Vintage Culture with an opening set by Korolov on Friday. Calvin Harris with DJ Ruckus and Plastik Funk on Saturday and David Guetta with Loud Luxury and Morten on Sunday.

Oasis Wynwood will be hosting KASKADE, Diplo and GORDO (Carnage) throughout the weekend.

Tickets are available at Oasis Wynwood.

Post Malone and Maluma will be performing at the Hard Rock Live! at that Hard Rock Hollywood Casino.

.@PostMalone will be performing live for the Official @F1Miami https://t.co/SXHpRINqsT Miami Grand Prix Concert Friday May 6 at Hard Rock Live! Tickets are on sale this Friday at 10AM! Keep your eyes on the Hard Rock Beach Club you never know who may show up on race weekend! pic.twitter.com/UJ7F0ZkeEY

Start your engines!🏎️🏁@maluma is performing live for the Official @f1miami https://t.co/uSwYBGEMS6 Grand Prix Kick Off Concert May 5 at Hard Rock Live! Tickets go on sale Friday at 10AM!