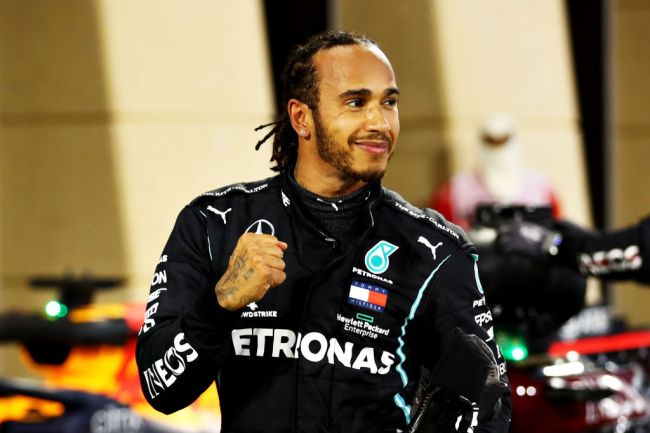 PORTL, a Los Angeles-based holographics company, has developed an amazing piece of technology that allows people to beam a 3D image of themselves to a 7-foot tall booth in any location around the world.

Several athletes/artists have used PORTL’s hologram technology in unique ways in the past few months. Earlier this year, Diddy, who was in Miami at the time, appeared at his son’s LA birthday party via hologram.

Our PORTL technology was just used to beam @Diddy’s hologram from Miami to Malibu. When you can’t BE there, BEAM there. pic.twitter.com/WedLbt08wt

PORTL booths can also display prerecorded holograms. A couple of weeks ago, Marshawn Lynch’s hologram made an appearance at the Global Gaming Expo in Vegas.

Check out our hologram tech featuring “Beast Mode” @MoneyLynch, “Chance” the @GoldenKnights mascot, rock guitarist @BillyMorrison, and many others the at the American Gaming Systems booth at #G2E2021. pic.twitter.com/DYY5VasfVa

F1 superstar Lewis Hamilton is the latest athlete to have his PORTL hologram on display. Luxury Swiss watchmaker IWC debuted a hologram of Hamilton as part of an eight-city tour in the U.S. to promote its Big Pilot brand.

Luxury Swiss watchmaker and Mercedes F1 partner @IWC will debut a hologram of @LewisHamilton as part of an eight-city activation tour in America starting this week where it will pitch its Big Pilot brand. pic.twitter.com/4HdcFbjpLo

Yes, @LewisHamilton is a great race car driver. But he also happens to be a pretty terrific PORTL hologram too. pic.twitter.com/Gjf4XdH0Rd

The IWC Big Pilot roadshow featuring Hamilton’s hologram is currently on the backend of their tour and will be in Charleston, Houston, and New York in upcoming weeks for those interested in catching a glimpse of this exciting piece of tech in action.

A post shared by IWC Schaffhausen | U.S. & CAN (@iwcwatches_us)