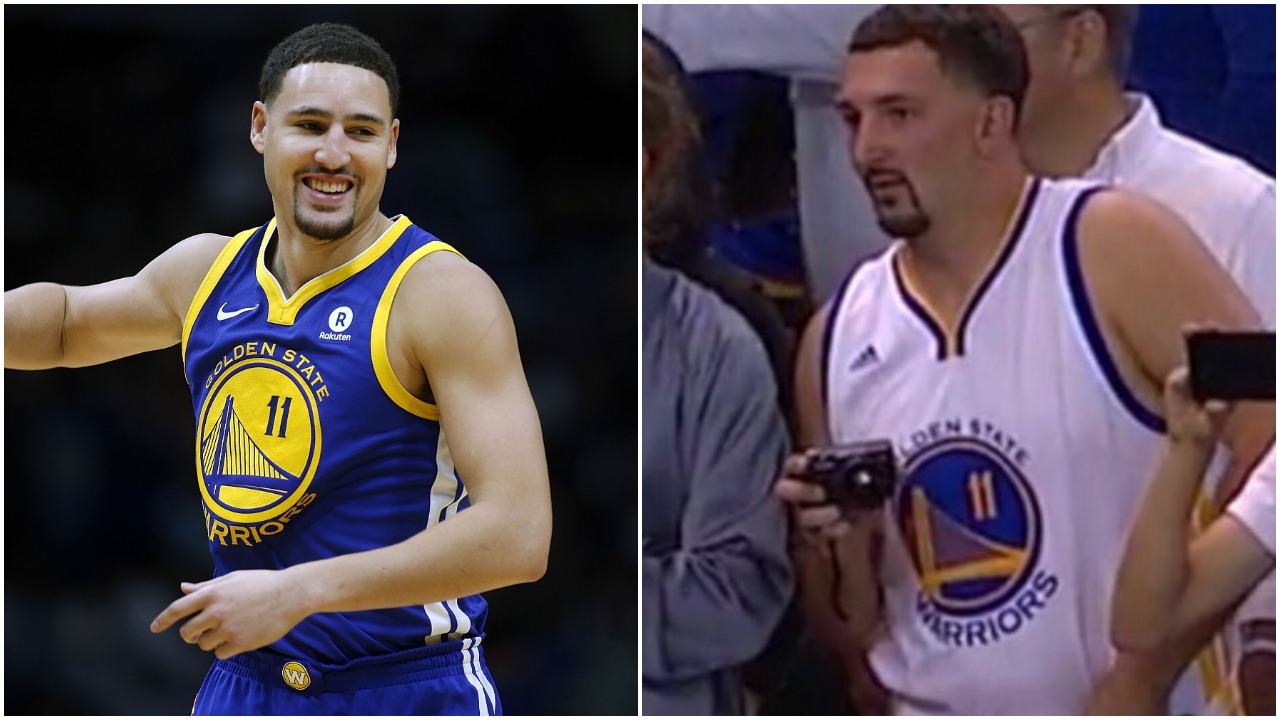 There will be no more fake Klay Thompson shenanigans at the Chase Center.

For years, Youtube prankster Dawson Gurley has made a name for himself by impersonating Warriors star Klay Thompson during the team’s championship runs.

This fake Klay Thompson in the crowd is incredible pic.twitter.com/bxhLexK61G

On Monday night before game 5 of the NBA finals, Gurley revealed that he got banned for life from the Chase Center after he fooled security into thinking he was Thompson and was able to walk on the court to shoot some hoops with the team.

At game 5 and @warriors just banned me for life from their arena.

Banned bc I walked pass 5 layers of security guards (who willingly let me through security without asking for ID) & shot around on the court for 10 minutes. I also spent 10K on tickets which they are not refunding. Why should I be banned because their security is incompetent?

Here’s the official letter of my ban. pic.twitter.com/Ii9VTdWI0h

Technically, I did not trespass.I talked to security, went through metal detectors and walked right into the building. They welcomed me with open arms. I also never claimed to be Klay. https://t.co/FbmnKWlwTs

Update: Here’s the video of Fake Klay being allowed into the arena by security through the employee entrance.