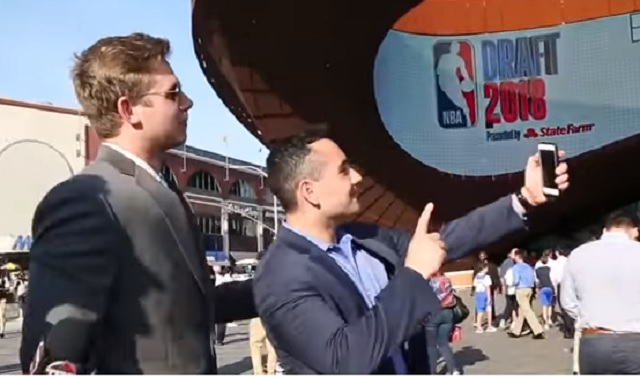 19-year-old Slovenian Luka Doncic is set to become the latest European player to come in to the league with huge expectations. Despite Doncic’s impressive resume in the Euroleague where he won MVP he’s still pretty much an unknown here in the U.S.. Before Thursday’s NBA draft, the guys over at Total Pro Sports exploited Doncic’s relative anonymity in the states and tried to fool unsuspecting fans with a random tall guy who tried to pass himself off as the “Slovenian sensation. Hilarity ensued.

I’m pretty impressed that some fans actually knew who Doncic was and called out the impostor out on his bullshit. With that being said I probably wouldn’t be able differentiate the fake Luka Doncic with the real one on the streets and I’ve watched Doncic play a few times already.