4 LA Rams Needed A Ride To The Airport After The Super Bowl Parade, So They Got One From A Fan 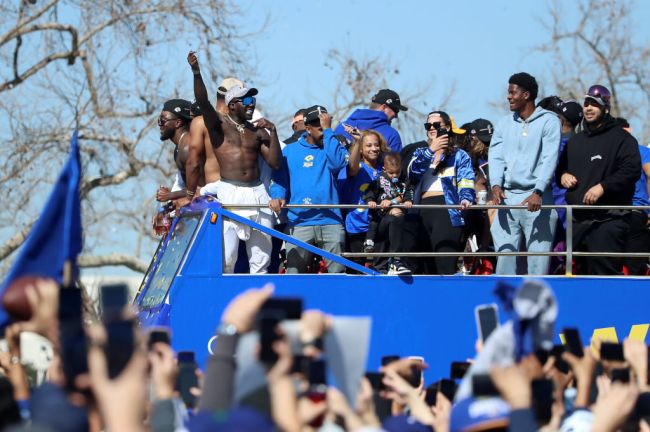 We’ve all been there. You’re out celebrating a major event when suddenly you realize that you don’t have a ride home. Just last weekend I missed the shuttle back to the hotel from my brother’s wedding. It happens.

According to TMZ, it turns out that his happened to some of the LA Rams this week too.

Four L.A. Rams players who needed a ride to LAX after the Super Bowl parade caught a lift with a fan! https://t.co/VWSk0Tj9yg

The 4 players who were left stranded at their own parade were Taylor Rapp, Joe Noteboom, Nick Scott, and Jack Gervase. Not only did they not have a ride, but they were actually dealing with a bit of a time crunch as well.

The 4 Rams were trying to make it to LAX airport after the parade to continue their celebration in Las Vegas. It seems like Rapp was having quite the week. He won a Super Bowl, proposed to his girlfriend, got to celebrate at a Super Bowl parade, and then was heading off to Vegas to finish off the week.

Luckily for these 4 Rams, a fan saw them trying to get a ride from other fans and offered to give them a ride. Even with a pit stop for gas, he managed to get them to the airport in time for their flight.

To thank this good samaritan, the players each gave him about $200 dollars, which is a pretty nice fare for a 30 minute drive to the airport.

It sounds like the LA Rams are having a great time as they celebrate their thrilling Super Bowl win over the Bengals.