Fan Hilariously Tries To Catch Foul Ball, Misses, Spills Beer All Over The Woman Next To Him 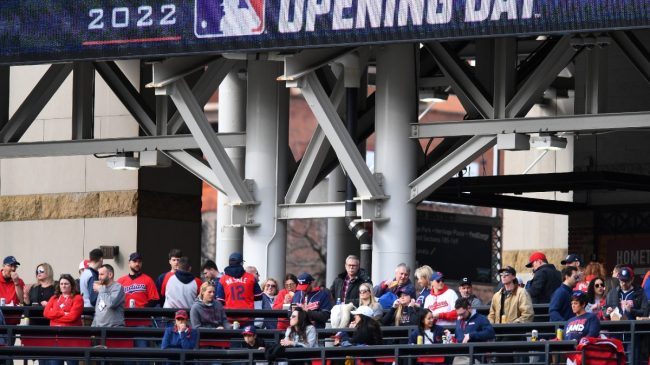 Fans often relish the opportunity to nab a foul ball, taking home a nice souvenir after a day at the ballpark. And we’ve seen some impressive catches over the years.

Earlier this season, a dad made an incredible one-handed catch while feeding his baby. Just last season, a fan nabbed a home run while on his phone, filming the entire snag.

Of course, there are often times where this goes miserably wrong.

Over the weekend, we saw just that in what was one of the worst attempts to snare a foul ball we’ve ever seen.

It was a series of unfortunate events that led to this moment of hilarity. And, to no one’s surprise, a few alcoholic beverages were involved.

Several errors on the play pic.twitter.com/18fERI7ZN5

This man, beer in hand, leapt out of his seat to nab a foul ball at the recent Guardians and A’s game. Safe to say, it didn’t go as he’d envisioned.

The fan jumps with his left arm fully extended. His right arm? Well, that was busy dousing the woman sitting next to him with Bud Light.

Making things worse, he completely botches the attempt to field the ball, allowing another fan to pick up the error. All the while, giving his date a shower of beer.

At least the two Cleveland fans were able to enjoy a Guardians victory. Pinch-hitter Richie Palacios doubled home a pair of runs in the top of the ninth inning to help Cleveland leave with a 3-1 win.