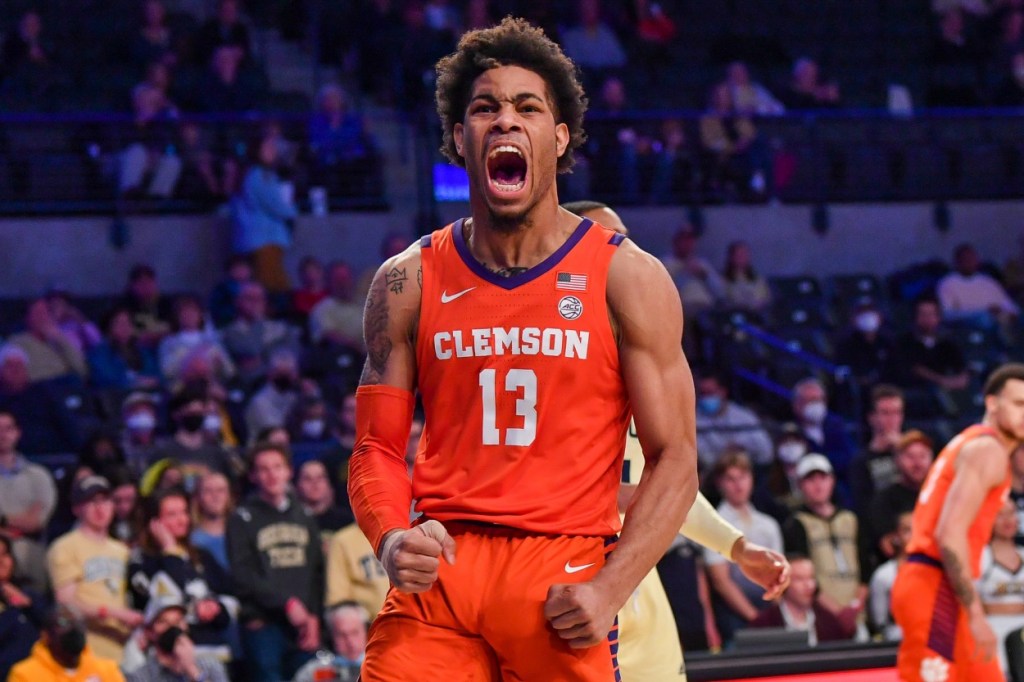 The Duke Blue Devils blew out Clemson on Thursday night (82-64) and an otherwise forgettable ACC game took over social media after a dangerous foul by David Collins. It’s rare to see everyone on Twitter supporting the Duke Blue Devils but after you see the filthy foul below you’ll understand why.

Clemson guard David Collins ripped down Duke’s Wendell Moore Jr. on a breakaway dunk. Wendell was probably eight feet in the air and came down in the court HARD after the foul that Duke coach Mike Krzyzewski later called ‘dangerous’, and that’s an understatement.

David Collins was ejected from the game for the foul and before he went to the locker room Clemson coach Brad Brownell brought him over to the Duke bench to apologize. He could be seen saying “that’s on me” to Coach K before hugging it out which is a weird end to this saga. And while Coach K appears to have accepted the apology, fans on Twitter were having none of it.

This is absolutely awful. One of the dirtiest plays I’ve seen in a college hoops game. https://t.co/TCdhbF1tJv

It’s kind of a miracle that he wasn’t seriously injured. Every time I re-watch that video I’m amazed that he didn’t split his skull on the court.

Suspend him rest of season

Holy Ghost of Grayson Allen that was rough.

Whatever the ACC decides the punishment to be for David Collins will likely not be enough.

As dirty of a play you’ll ever see in college basketball. pic.twitter.com/93rwgUfrAZ

Grayson Allen never did anything close to this in college

After the game, David Collins shared a statement about his actions on Instagram

Via his Instagram, David Collins explains what transpired during his flagrant foul against Duke’s Wendell Moore, Jr. | #Clemson pic.twitter.com/NPFzrAkwAJ

He’s young. This won’t define him if it doesn’t become a pattern. But if he commits another foul like that I doubt there will be forgiveness from fans.