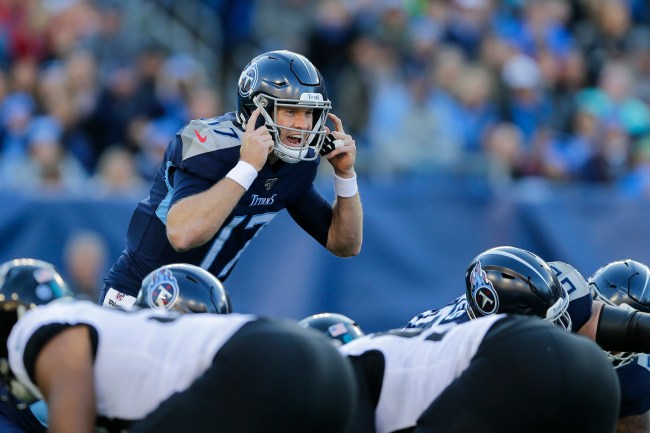 Welcome to Week 3 in the NFL. This is an important week in fantasy. The first couple of games, teams are still finding their identity, this week is really when they find out how they’re going to utilize the players they have.

Last week injuries wreaked havoc, some of us lost our first-round picks. Hopefully, you were busy picking up replacements. Should all of those replacements be in your lineup this week? Find out with this week’s starts and sits.

If you had said to me a few weeks ago that I’d be telling you to start Trubisky two weeks in a row, I would have put you in the looney bin. Now I just want you to give me lottery numbers.

The Chicago quarterback is set up for a prime matchup against the Falcons who have allowed the most fantasy points to quarterbacks through the first two weeks.

Tannehill has been one of the most consistent fantasy quarterbacks since taking over the Tennessee job in the middle of last season. He has six touchdowns and zero interceptions this year, and that’s without his best receiver A.J. Brown.

This week has a great matchup against Minnesota which has allowed the second-most passing touchdowns this year.

Stafford is the frozen pizza of fantasy quarterbacks, it’s not your favorite, but it does the job. He hasn’t been bad, but not excellent. Kenny Golladay looks to be on track to make his 2020 debut, which is going to boast Stafford’s options big time.

The joke so far this year has been “I see Baker in more commercials than passing touchdowns.” Sticks and stones may break his bones, but the words are true and that stings a little.

He faces a tough matchup in Washington who leads the league in sacks. I can’t trust him with that tough defense against a below-average Cleveland offensive line.

Cousins last week was for lack of a better term, a dumpster fire, scoring just one fantasy point. With a tough matchup against Tennessee and the lack of consistency, it’s so hard to trust him on a week-to-week basis.

If you’re trying to hold onto a glimmer of hope that Wentz will turn his season around, 2020 isn’t the year to have it. Wentz has the second worst passer rating and third worst completion percentage amongst quarterbacks that have appeared in two games this year. This offensive line is bad, and now another receiver core saw another injury as Jalen Reagor will miss time with a thumb injury. He’s a drop in any league right now.

Robinson was not one of the rookie running backs talked about during fantasy drafts, but he has certainly changed that over the last two weeks. He’s the clear leader in the backfield for a Jacksonville offense that has been able to put up points.

He’s got a great matchup in Miami, as they’re allowing the fourth-most rushing yards-per-game this season.

I think it’s time for the Ronald Jones believers to finally just call it a day. Jones mishandled a handoff from Tom Brady last week and it was over from there. Fournette went off for 16 touches and 126 yards from scrimmage.

He gets a Denver defense that has allowed a 100-yard rusher in both games this season. I think Jones will eat into his touches a little, but he’s a strong RB2 this week.

I’ve been telling you to pick up Kelley for two weeks straight on the waiver wire, hopefully, you listened. This week he’s facing the Carolina Panthers, who have the worse rushing defense in the league; allowing the most rushing yards-per-game and sixth-most receiving yards to running backs.

We’ve seen so far that he and Ekeler can be fantasy relevant, now with Justin Herbert as the starter for the near future, we’ll see some similar performances like last week.

Davis was the hot commodity on the waiver wire this week as Christian McCaffery will miss some time due to an injury. You might need to play him but temper your expectations.

He is facing off against a tough Chargers defense who has yet to allow a rushing touchdown and the fewest fantasy points-per-game, including halting the momentum of Clyde Edwards-Helaire’s stellar Week 1 performance. He’s a volume-based upside flex-start.

This just isn’t the same for Gurley from three years ago when he was a fantasy MVP.

His Atlanta tenure has not gone well so far. The Falcons are going heavy on the pass and his 42.5% snap share which doesn’t give him enough opportunity.

Here’s all you need to know why I’m not trusting a Baltimore Ravens running back on my fantasy team:

Greg Roman on dividing RB carries: "There's no exact science there. It's going to be different every week. We like to keep people guessing so it will happen the way it happens."

I featured Johnson as a sleeper last week, but he has been upgraded a full-fledged start. He is hands above Big Ben’s favorite target with 32.39% targets, next is JuJu Smith-Schuster with 18.31%.

He’s a great start in PPR.

The Dallas first-round pick had his first 100-yard receiving game last week against Atlanta. He’s seeing plenty of time with an 82.5% snap share and will face the Seahawk who have allowed the most receptions, receiving yards, and fantasy-points to wide receivers.

Through two games, Cole is the leader in targets for Jacksonville and has seen the end zone in two games. He has a great matchup against Miami, who has allowed the third-most yards to wide receivers and fantasy-points over the last two games

With Courtland Sutton done for the season, it’ll be the rookie Jeudy who steps into that number one role. This weeks matchup does not look good, Tampa Bay has been tough on wide receivers so far, and with Denver’s backup Jeff Driskel behind center, I don’t see him pushing the ball.

Will Fuller at Pittsburgh Steelers

Fuller was battling an injury last week, stop me if you’ve heard that before, as a result, he put up a massive goose egg.

The Steelers have proved to be an excellent overall defense and with that terrible Houston offensive line, I can’t trust Watson to get him the ball.

Last week saw the Higbee that was seen as a top tight end going into 2020. Higbee is becoming Goff’s favorite receiver when it counts as he is leading the Rams in red-zone targets through the first two games.

The Bills have been susceptable to tight ends so far by allowing the third-most receiving yards to the position and just let Mike Gesicki go off.

Speaking of Gesicki, he’s becoming a valuable fantasy tight end. In the first two games, Gesicki has lined up in the slot position on 79% of snaps, which means they aren’t putting him in there to block, they want him to get the ball.

He gets an excellent matchup against Jacksonville who’s allowed the most receiving yards to tight ends this year.

Through the first two games, Joe Burrow has targeted his tight ends 21 times and we saw Sample targeted the second most in their loss to Cleveland. With C.J. Uzomah done for the year with a torn Achilles, Sample is leading tight end.

This week he faces off against Philadelphia who just let Tyler Higbee go off last week. This is someone to keep on your radar.

Engram could see an uptick in targets with no Saquon Barkley or Sterling Shepard in the lineup, but it’s still hard to trust him. Injuries are a big concern, but even when he’s on the field he hasn’t been productive, he only has more than 10 fantasy points in two of his last 10 games.

The 49ers have absolutely shut down tight ends, allowing a total of 0.5 fantasy points this year. Yep, not even a full fantasy point.

We’ve been waiting for the Chris Herndon breakout game for a long time now, it’s like that friend that’s always late, but always says he’s just five minutes away. Here we are, sitting on the couch, dressed and watching another rerun of ‘The Office.’

The Colts have allowed 11 total yards to tight ends in two games, the matchup is bad.

Gronk has seen just four targets in two games, and with the way head coach Bruce Arians addressed it, he doesn’t care if we see any Gronk spikes.

With a better pool of tight ends available this year, you can spike him to the waiver wire.