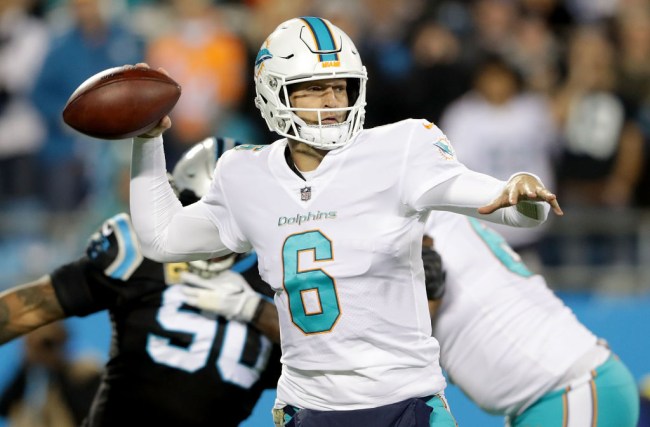 Last week was really ugly. Guys that were in great spots absolutely fell on their faces and it led to some disappointing scores in both season long and daily. There are only 17 weeks in fantasy football (and usually only 16 for season long) so wasting a week like that is a real shame. This week could be even worse given some of the weather forecasts out there. Just know that the most important thing to look for in the weather forecasts is wind. It’s extremely hard to throw in 20+ mph wins. You can score in snow and in rain, but wind is the great equalizer. Just remember that when looking at the weather on Sunday.

Below is a list of guys I’m focused on for one reason or another for week 11 of the 2017 Fantasy Football season. They’re especially important in daily fantasy sports (DFS). I never highlight your stars because you’re obviously starting them unless I tell you otherwise. If you’re curious about guys you don’t see listed here or have specific lineup questions, you can always find me on Twitter (@MrT_BroBible) to ask questions, but remember to mention league specifics like PPR. You can always ask about trades as well.

It’s always a roller coaster ride when you insert Cutler in your lineup, but that’s what makes it fun…right? Cutler has been reasonably productive since coming back from injury and now all his receivers are healthy as well.

As expected, the Eagles came out and said Ajayi has surpassed LeGarrette Blount as the main RB in the Eagles offense. It’s perfect timing too as Ajayi as the Eagles head up against the 26thranked run defense according to Football Outsiders DVOA. The Eagles are also favored against the Cowboys this weekend, so look for Ajayi to see the ball early and often.

Mike Gillislee was inactive last week, which is not what we would’ve expected after Week 1. Instead it looks like Lewis is the main goal line and short yardage rusher for the Patriots to go along with his regular 10 or so touches he’d have in every game. The Raiders have been dominated by running backs this year, giving up the 4th most fantasy points to the position and ranking 24th in rush defense DVOA. In a game where the Patriots should find the end zone numerous times, Lewis is a guy to get involved.

The Packers pass defense is #notgood. But seriously, Morgan Burnett is the only player who grades out above average according to PFF and he’s not practicing this week. The rest of the guys are bums and Maclin will see plenty of looks out of the slot per usual, which is where the Packers weakest cornerback lines up.