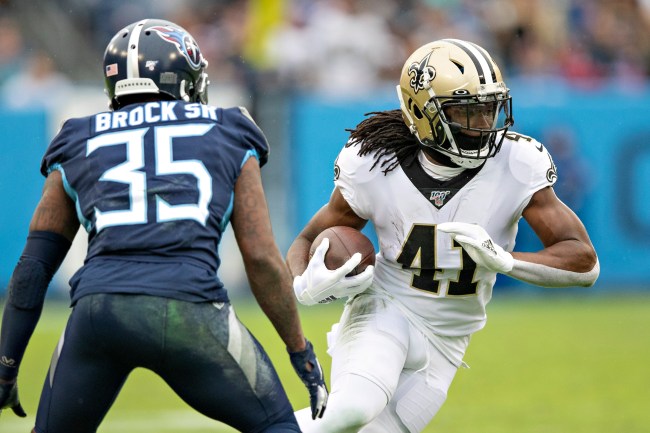 Merry belated Christmas to everyone. I hope you got your Red Rider BB gun and your Turbo Man.

There are still some of us with some championships to win. Some big names will probably not play, mainly anyone on the Ravens, so we have to see who to play this week.

As this is officially the last week for fantasy football, I want to thank everyone who has been following this season. To everyone I’ve talked to, thank you for the support.

Hopefully, you were successful and had as fun playing as I did writing about fantasy football. See you all in September.

Quarterback Starts Of The Week

The Texans have clinched the AFC South, but the Titans still need to win to get into the playoffs. Tannehill threw for two touchdowns and rushed for one in their last matchup. The Texans are allowing the fifth-most points to the quarterback and will probably rest most of their players with nothing to play for.

Goff might be playing for a job next year. He had 424 passing in his last matchup against Arizona, who is allowing the most points to quarterbacks this year.

Quarterback Sleeper Of The Week

We saw the return of Danny Dimes last week with five touchdowns in a win over Washington. He will fair much better against Philly than Eli did a couple of weeks ago.

Quarterback Sits Of The Week

Cousins’ production has dipped in recent weeks as he does not have a game with at least 15 fantasy points.

Is this the last time we see Rivers in a Chargers uniform? If it is, it doesn’t look like he’ll end on a high note. He has to go against a tough Kansas City secondary, which has allowed just two touchdowns in the last four games at home.

Fitzmagic has been up to his old tricks and had another great fantasy season.

This week is a tough matchup against the New England offense that is allowing the least amount of points to quarterbacks.

Running Back Starts Of The Week

You probably picked Kamara in the top 5 in your draft, the yards have been there, but not the touchdowns, he has only two touchdowns this year after having 31 in his previous two seasons.

The Panthers have allowed nine more rushing touchdowns than any other team this year. New Orleans will have seeding and a possible bye on the line, so they’ll have everyone going this week.

Lindsay came through with 109 rushing yards and a score last week against a great matchup against Detroit. He gets another favorable matchup against the Raiders who are allowing nearly 20 points-per-game to running backs.

Michel has been getting the lead back duties with the Patriots as they have been going run-heavy as of late. He’s a volume-based upside by averaging 4.6 yards per touch over the last two games.

Running Back Sits Of The Week

Monty wants to put this rookie campaign in the rearview mirror. The inconsistency and struggles of this Bears offense have not helped.

He struggled with just 53 rushing yards and no touchdowns in his last matchup against Minnesota.

James Connor may not suit up after a thigh injury took him out last week. These two will be splitting snaps against a Ravens defense who are allowing the eighth-fewest points to running backs this year.

This week could be the last time we see Freeman suit up for the Falcons. Too bad, he doesn’t have the best matchup to go out on; the Buccaneers are the only defense that has not allowed 1,000 total yards rushing this year.

Wide Receiver Starts Of The Week

Woods has been the favorable wideout for the Rams this year; it will be interesting to see if they decide to keep him or the struggling Brandin Cooks next year. He’ll make a great case this week against an Arizona defense he gashed for 172 receiving yards in their previous matchup this year.

Scary Terry is ending his rookie year on a hot streak with double-digit fantasy points in three straight games.

The Cowboys secondary has been struggling as of late, and McLaurin gets Case Keenum back under center, which he’s had better results with this year.

Shepard has been the best receiver for the Giants offense over the last few weeks with over 11 points in three of his previous four games.

He gets a great matchup against the Eagles who have allowed the fifth-most receiving yards-per-game to receivers.

Wide Receiver Sits Of The Week

Sanders has been a great addition to this 49ers offense. He does get a tough matchup this week against the Seahawks, who shut him down in the last matchup. San Fransisco will have to find another way to get the offense going.

Kirk has struggled as of late, including zero receiving yards, and scored under one point last week. This week he’ll get covered by Jalen Ramsey and the Rams, who have allowed the fourth-fewest points to wide receivers in the previous four games.

It’s been a great few weeks for Williams as he has over 14 points in three of his last four games.

I do not see him coming close to that this week; the Chiefs held him to just two receptions in their last matchup, and they’re even tougher at home.

Tight End Starts Of The Week

He’s the best tight end right now, but he’s overall one of the hottest players, plus he gets that ideal matchup against Arizona where he scored 20 points against them in Week 14

Even in offense with Zach Ertz, Goedert has found a way to be fantasy relevant. With the depleted wide receiver core, Goedert will be heavily involved this week.

Tight End Sleeper Of The Week

Smith has some chemistry with Daniel Jones as he’s seen double-digit points in three straight games with Jones starting. The matchup is not ideal, but while averaging 6.6 targets per-game, there is some upside.

Tight End Sits Of The Week

He had the biggest week of his career last week against the Bengals. This week he gets a tough game against the Patriots who have allowed under four catches per game to the position.

So much hype for McDonald going into this season that unfortunately, he could not deliver on. It doesn’t look like the season will end on a positive note. The Ravens are allowing less than five points per game to tight ends.

Hollister has struggled as of late, including just one game over 50 receiving yards and no touchdowns in his last five games.

He had a good game against the 49ers last time out, but with the resurgence of Tyler Lockett and the receivers, Hollister will struggle this week.