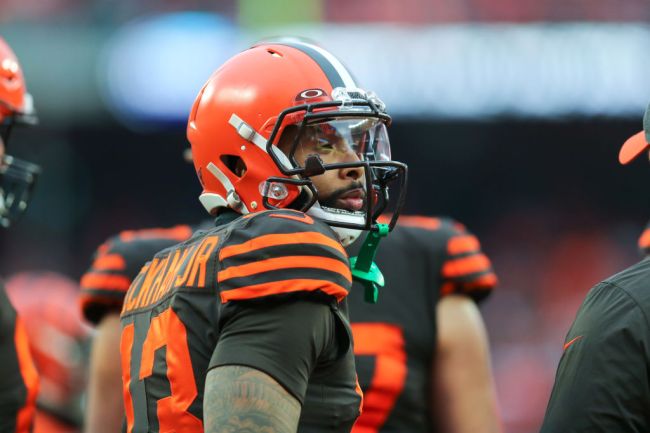 Take away the absolute clunker against the Indianapolis Colts, and Cousins has been a viable fantasy quarterback. He’s beginning to get rookie Justin Jefferson involved and Adam Thielen has seen the end zone in back-to-back weeks.

This week he faces the Seahawks and their abysmal passing defense, and possibly without Dalvin Cook, and a defense that will give up points, we could see a lot of passing from Cousins.

Bridgewater had his best performance as a Panther last week by throwing for two touchdowns and rushing for one. This week he faces the Falcons who have allowed an NFL worse 118 passer rating along with over 30 fantasy points-per-game.

Brady was brilliant last week against the Chargers with 369 yards and five touchdowns finishing the week at QB2. This week I wouldn’t bank on him while facing the Bears on the road in a short week. The Bears are allowing the second-fewest fantasy points to quarterbacks this year and have yet to allow multiple passing touchdowns in a game.

Although the Browns scored 41 points in an upset win against Dallas last week, it was done mostly on the ground with a total of 307 rushing yards. Mayfield was not a major factor and finished as QB20 last week. This week he will face off against the Colts who are allowing the fewest passing yards-per-game this season and less than 10 fantasy points-per-game.

Since Zack Moss is out with a toe injury, Singletary has been the guy and has seen 40 touches and scored over 16 PPR points in the last two games. There is a chance Moss returns, even if that happens, Singletary is a strong play against a Titans’ run defense allowing a league-high 5.8 yards-per-carry.

With Kenyon Drake suffering an injury plus with his overall struggles, we could see Edmunds role increase this week. The Jets have given up six total touchdowns to running backs and the eighth-most fantasy points.

We saw Freeman get a bump in snaps in his second week as a Giant; going from 15 snaps and 29% of the running back snap share to 37 snaps and 54%. This is a great week for the Giants to get the offense going, they face a Dallas Cowboys defense that gave up 307 rushing yards to the Cleveland Browns run game a week ago.

Taylor has not taken over this Colts backfield as he’s getting just under 50% of the offensive snaps. This week he goes against the Browns who are allowing the fifth-fewest rushing yards-per-game and the fact he’s only seen four targets in the last three weeks is another cause for concern.

Gaskin had his lowest fantasy output last week against a Seahawks rushing defense that has been tough, and now he gets an even tougher matchup.

San Francisco has allowed just one touchdown to running backs this year, and even though Gaskin is used in the passing game, the 49ers have allowed the fourth-fewest receiving yards to running backs

It’s tough to sit Monty when he’s getting a heavy percentage of the snap share, but I’m not confident in him going into a short week. This is a really tough matchup against a stout Tampa Bay rushing defense allowing the second-fewest rushing yards-per-game and lowest yards-per-carry and he hasn’t shown to be matchup-proof in his young career.

The Vikings rookies receiver has burst onto the scene with 11 catches 278 receiving yards over the last two games. This week is the primo matchup against the Seahawks who are allowing an absurd 336.25 receiving yards-per-game to the position this year. He and Theilen are poised for big games.

Lockett had a dud following up his 30 fantasy point performance against Detriot with just 39 receiving yards against Miami. I see a potential for a rebound game this week against a Vikings defense who has allowed seven touchdowns to wide receivers this season.

While Robby Anderson has been getting all the glory, Moore has been left far behind. He’s put up just one double-digit performance this year and has yet to see the end zone, but that all changes this week. He faces off against the horrid Atlanta passing defense who have given up an NFL worse 13 touchdowns through the air this year. He and Anderson are must starts this week.

Renfrow has seen an uptick in targets with all the injuries to the Raiders receivers. This week he gets a Cheifs defense that is allowing the fewest receiving yards and second-fewest fantasy points to receivers this season. He’s a PPR flex-start at best this week.

Last week Beckham had a game against the Cowboys that we were all too familiar with when he was with the New York Giants. We haven’t seen those types of games from him in Cleveland and it looks like that will remain the case this week. The Colts passing defense has been one of the best this season allowing the second-fewest air yards this season.

Henry has had a couple of rough weeks and we’ve yet to see him find the end zone this year. This is a great rebound week going against a New Orleans defense allowing over 16 fantasy points-per-game this season.

Smith has been a solid tight end this year, with double-digit points in all three of his games. He’s leading the Titans in red-zone targets, and I see him finding the end zone against Buffalo this week.

Big Ben has started to look Ebron’s way over the last two games with 12 targets. He’s a very strong streaming option this week against an Eagles defense who has allowed the fifth-most receptions and second-most touchdowns to tight ends this year.

Schultz has done really well and has seen at least six targets in all of his starts this season. This is a tough matchup, the Giants have actually been good at stopping tight ends this year which includes Jimmy Graham and Tyler Higbee last week.

Even with O.J. Howard out for the year, I’m not ready to confidently put Gronk in my lineup.

Gesicki has been a matchup-based tight end this year, struggling against the Patriots and Seahawks who are top six against tight ends, but he does have a touchdown or over 100 receiving yards against the Bills and Jaguars who in the bottom eight. This week’s matchup is not good against the 49ers who have not allowed a tight end to record over 35 receiving yards in a game so far.